Accurat is an information design agency based in Milan and New York, founded by Giorgia Lupi, Simone Quadri and Gabriele Rossi in 2011.

They define their work as the following:

We envision and identify new ways to structure information, revealing and addressing latent needs, desires and opportunities. Basing our methods on the design thinking approach, we specialize in providing our clients with consultancies, services, and products related to information design. Focusing on how information is transforming networks, cultures, contexts, and behaviors is an attempt to understand the future, a demonstration that it can be intercepted and designed.

I interviewed them about Big Data base maps and about their ongoing work in mapping: ✳Urban Sensing.

Experiment of Tweet mapping in Milan during design week

To us, mapping could be seen in a broader context as “structuring information”.

To start off, it’s not needed to say that information related issues are at the core of any design project that deal with cities, public services, society, and behaviors regardless of scale. Particularly, we have always been interested in urban related projects that deeply rely on information: contexts, analyzing data, designing analytical tools, and visual narratives that provide awareness and comprehension of changing urban dynamics.

In our past entrepreneurial experiences, at Interactiondesign-Lab, we experimented working between the intersection of information systems and urban dynamics within the design of the Plan of Services for the Municipality of Milan (developed between 2009 and 2010). We designed a plan not to be intended as a product or document, since it was developed as a continuous process of listening, monitoring, reporting, and crossing the needs and the offers in terms of services of the city.

We designed 2 tools at 2 different scales, the macro scale of the city and the micro scale of the neighborhood. These tools don’t define what services we plan to have, but they give directions on how to cross the demand and the possible answer in terms of services in a meaningful way. It was, in fact, an information design project.

A big mapping project we are currently working on and coordinating at Accurat is ✳UrbanSensing.

The ✳UrbanSensing project is a EU funded project which aims to design and develop a platform for extracting patterns of use and citizens’ concerns with city spaces, through robust analysis of User Generated Content (UGC) shared by city users over social networks and digital media. The platform will allow the user to analyze citizen’s perceptions related to specific geographic areas and understand how population reacts to new urban policies within participatory mechanisms.

Novel digital and telecommunication technologies can be deployed to integrate data-sharing platforms within the spatial dynamics of the city. If properly analyzed, geo-tagged and User Generated Content (UGC) coming from Twitter, Facebook, Foursquare, or Flickr can be useful in the creation of meaningful, real time indicators of people’s perceived and communicated urban experiences. Through natural language and network analysis, it is possible to identify the nested micro-narratives that shape the behavioral and semantic background of a place and to extract specific urban indicators.

Our assumption is that by conducting an analysis of datasets based on text extracted from UGC we can recognize multiple stories, as they emerge, overlap and influence each other, unfolding from city users’ mental representations and spatial experiences of city spaces. In fact, by providing tangible, visible references, the spaces of actual buildings and cities participate in constructing the meaning of the speech that articulates itself within them and as conversations unfold within particular architectural settings, they build up increasingly dense webs of shared understanding grounded -at least in part- on the points of reference that these settings afford.

Thus, within ✳UrbanSensing we are mainly gathering and analyzing geo-localized social media data (Twitter, Foursquare, Instagram, and Flickr); and such data will be properly integrated and compared with more traditional sources of urban information (socio-demographic territorial data, real-estate indicators, and environmental data) to produce dynamic and evolving images of the city as used and perceived by its’ citizens and temporary users.

3. What is the application of open source/social network-based mapping you are interested in the most?

If properly analyzed, integrated, and interpreted, Social Media data can help stakeholders at the urban scale to “forward-looking” innovation strategies based on a thorough analysis of people’s contexts, interests, and needs.

Among the possible urban topics this data could partially answer to, we will narrow them to the following particular issues:

All this, to provide a better understanding of an areas’ related phenomena and evolution, to redefine actual districts’ fixed boundaries and to see where public services, policy’s infrastructures, design interventions, or activities could be better located, and to try and build models to predict near-future evolution; 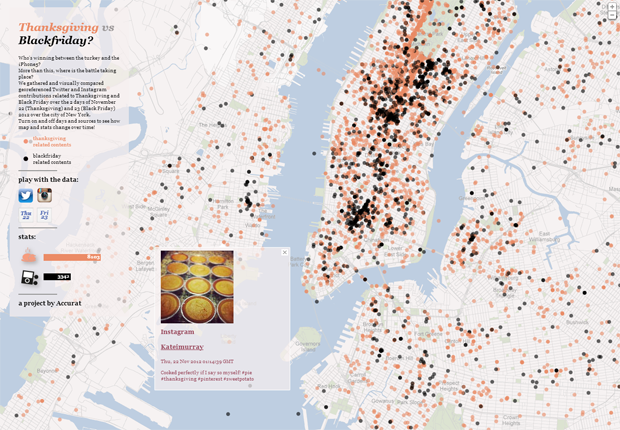 4. What is the next phase of development that your research is undergoing?

One of the forthcoming steps of our project is to gain a deeper understanding of:

In fact, UGC differs from conventionally produced geographic information in several aspects. The source of the information, the technologies for acquiring it, the methods and techniques for working with it, and the social processes that mediate its creation and impact. Traditionally, geographic information has been produced by experts and institutions, therefore, certain types of information have been privileged and other types ignored, and even marginalized. UGC’s represent a powerful shift in sources, content, characteristics, modes of data production, mining, sharing, dissemination, and use. Therefore, a wide set of meaningful questions (that have been partly investigated for “conventional” geographical information) need now to be re-investigated, and a framework on how to use these information still has to be built.

In parallel, we are designing and developing the technological architecture and the actual interface allowing us (and lately, stakeholders) to perform specific queries and produce such dynamic maps in a very visual and intuitive way.

5.  What are you personal references for the theme of mapping (from ancient to contemporary ones)?

We would here focus on emerging critical practices that propose new models to describe the city that stresses the collaborative and constructionist dynamics of the mapping process.

The underlying idea of this approach considers the geographic, urban experience through a network of multiple fragmented temporary data and information generated by human-place interactions and collaborative dynamics. Based on these theoretical premises, several experimental GIS-based applications focusing on cartography emerging from users’ perceptions and activities have been produced.

As Zook & Graham noticed, traditional methods used to register users’ perceptions and activities about the cities and its fruition – like surveys and ethnographic reports – seem to be inadequate to meet the need of information of contemporary society both because they require a considerable amount of resources (in terms of time and money) and because they do not consider the temporal dimension.

Mapping projects based on UGC have been therefore conducted both by research institutions (e.g. CASA at University College London, SIDL Lab at Columbia University, Senseable City Lab at Massachusetts Institute of Technology, Urban Age at London School of Economics) and independent scholars and design firms (e.g. Christian Nold, Stamen Design) with the aim of creating new ways to observe and depict specific subjective and objective processes taking place in cities.

Senseable City Lab explored mapping systems based on UGC on several projects like World’s Eyes and Obama One People.

Christian Nold’s work focused on in-depth research of technological tools in order to unravel their social and political layers, and on building socially constructive, bottom-up devices, that take the form of practical tools such as in the Bio Mapping project.

Bio Mapping is a research project based on biometric sensors that can be worn by users provided with a GPS device able to trace their paths through the city, and that register specific parameters (e.g. emotional status in a specific place or situation) and publish them as user generated content on specific emotional maps. This project explores tools that allow people to selectively share and interpret their own bio data. Within this framework, Nold investigates how the perceptions of a community in an environment can change when they become aware of their own intimate emotional status.

Some other recent GIS projects focused on the idea of building open tool-kits that could be used by the community of students and practitioners of urban design, planning, and management. The Centre for Advanced Spatial Analysis at UCL created MapTube as a free resource for viewing, sharing, mixing, and mashing maps online and the NeISS project (National e-Infrastructure for Social Simulation) provides a platform to meet the demand for powerful simulation tools by social scientists and public and private sector policymakers. The tools enable researchers to create workflows to run their own simulations, visualize and analyse results, and publish them for future discovery, sharing, and re-use. This facilitates development and sharing of social simulation resources within the urban planners and social science community, encourages cooperation between model developers and researchers, and helps foster adoption of simulation as a research method and as a decision support tool in the public and private sectors. Design Tool is an application proposed by Predrag Šiđani, which has its starting point in Lynch’s propositions about city and urban form. Lynch’s theory of urban form and its hierarchical structure of main urban elements were applied, together with his concept of cognitive mapping, to a conceptual model of the Design Tool. 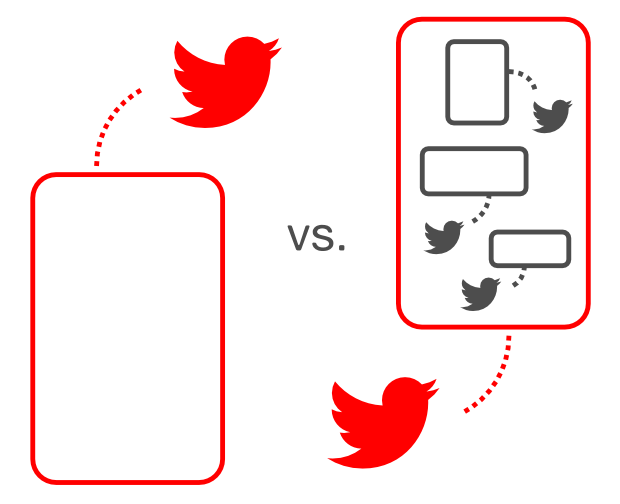 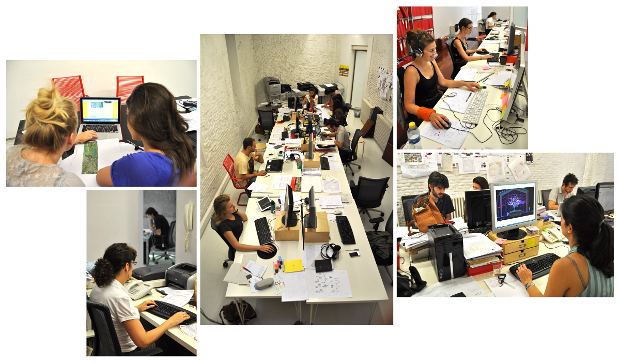 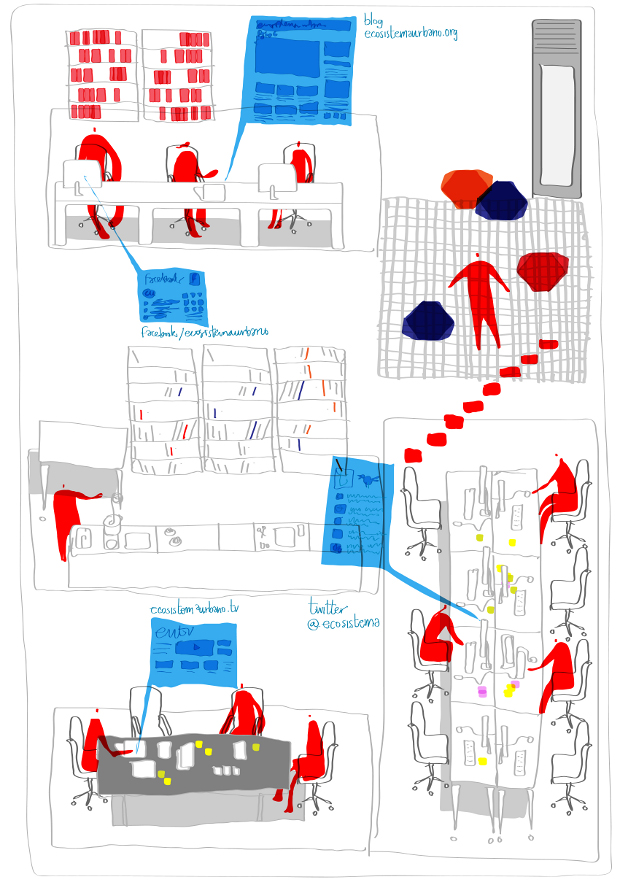