ReparaCiudad, a Spanish platform for the improvement of street conditions | Social Toolbox 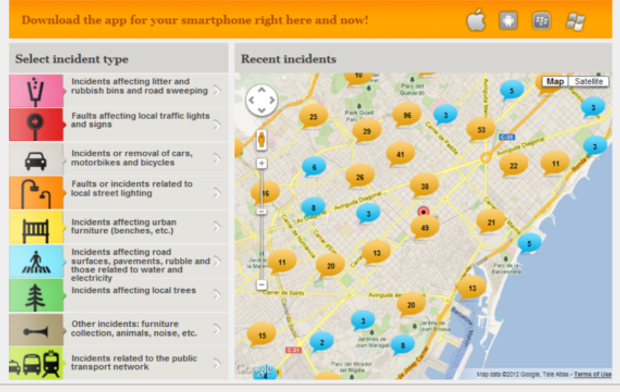 ReparaCiudad follows the same concept of FixMyStreet. It is an application that allows citizens to report incidents in the street and immediately inform the public administration, which can quickly react and provide feedback to the citizens about the solutions adopted. The application provides a mobile version and a web based version.

It was created by the Spanish enterprise Open Data Cities SL and can be used in any city or place in the world where municipalities agree to build a connection to the platform. It is available in three languages: Catalan, English and Spanish.

Everyone can sign up for free and report about urban problems, by identifying typologies of problems and their location (more precise localization through mobile phones with GPS), with the possibility of uploading a picture or a video.
The local authority is expected to respond to the issues, giving priority to the most supported reports, and to act for the solution of the problems. Depending on the “package” chosen by the municipality, ReparaCiudad offers different services and applications, such as interactivity of the platform for both citizens and municipalities, personalized service for municipalities with the opportunity of managing the information about reports and the communication with citizens, interaction with municipal agents who act on the territory, interaction between the web and the mobile channels, interaction with municipal services (i.e. the “e-tram”), etc.

Users’ profiles can be customized. The profile system works with personal scores and ranking among all the users, in order to foster a positive competition in a slightliy gamified approach. Depending on users’ level and quality of participation, the labels of “explorer”, “aware”, or “traveller” will be applied to their profile. The user-names with higher scores will appear in the ranking list of ReparaCiudad’s homepage.

Profiles and reports can be also related/integrated to/with social networks, offering the opportunity to share reports in facebook or twitter. Users have also the possibility to support other users’ reports. By doing so, the municipality will be informed about the importance given by citizens to particular issues and will prioritize the most voted problems.

Users can as well report problems concerning policies of use and function of the platform. Local authorities can also optionally use the application to inform citizens that incidents have been solved, including photos of the results of the action taken. 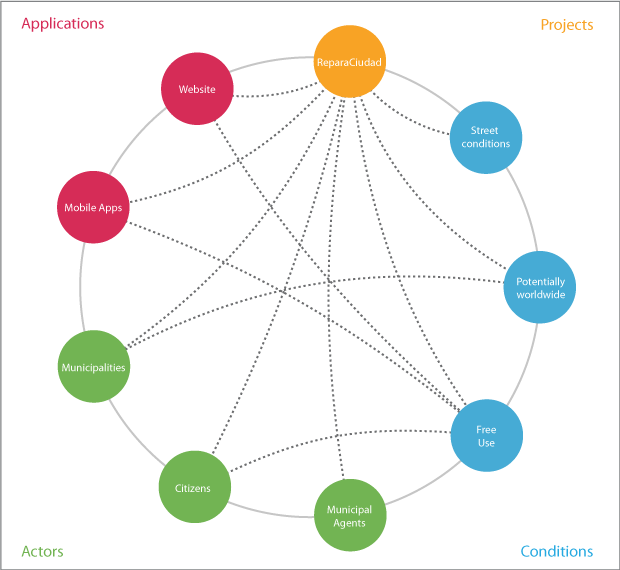 It is a fairly practical way for you to report different types of issues in your city. The application worked fine by the time we tested it, and it did not require more than a reasonably low effort to get something published from a mobile device. It is a good example of a usable physital approach combining the connective the power of the Internet with the direct experience of the physical public space.

This kind of projects seem like a good way to go: the involve citizens in caring about their cities and adopting a more active role… and at the same time, they make the local governments more responsive and responsible. But they only do so as long as there is a true commitment to use them as a mutual contract of cooperation between citizens and local authorities.

Regarding that, we haven’t found a way to check if the service is active or not for a given city, so we could find urselves contributing to a process that has a dead end because the municipality is not really involved or doesn’t even know about the application. That is a significant issue; there should be a way to check the level of implementation for each city.

Also, unlike FixMyStreet, ReparaCiudad is not an open source project. However, it is replicable through new agreements with municipalities, who are the paying clients. This business model guarantees the sustainability of the service, the commitment of the municipality and the availability for free to the final users. On the downside, it poses a question on the ownership and openness of public data.

This posts is part of the Social Toolbox series about digital social tools, meaning digital platforms, software, and online projects developed for the improvement of cities and neighbourhoods through direct participation of their citizens.