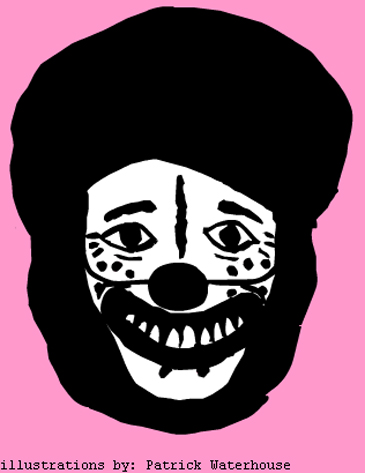 “The geography of happiness

Where does one find happiness? Whether you live in Puerto Rico or in Latvia (the nation with the highest suicide rate) can make a difference. One usually tends to think of happiness as something personal: individuals, not nations, are (or can be) happy. So the question is: is happiness a subjective reality (“feeling good”) or do objective conditions exist (“being fine”) that let us define a common standard?

The first to venture into the exploration of accumulated happiness were the social researchers of the World Value Survey who published the results of a study focused on the declared rate of happiness in 2003.

Top of the list of the ten happiest nations is Nigeria, and only in sixth place do we find the first of the developed nations, Iceland. Disputable though it may be, the chart is the first worthy attempt to define an original indicator of quality of life other than the account of the nation’s resources.

The first block in the systematic study of a nation’s happiness is finding the way to discriminate between existential satisfaction, associated with a state of things, and perceived happiness, a state of mind. It is no surprise then that in general thirtysomethings declare themselves much happier, but far less satisfied than seventy-year-olds.

What’s more, qualitative studies of national happiness rates are conditioned by cultural frameworks. In individualistic Western societies, happiness is seen as a reflection of personal achievement and professional accomplishment. Being happy has therefore become almost a moral obligation, it hurts to be considered a failure. And so the tendency to declare oneself happier than one really is has developed. The same phenomenon can be seen in Latin countries, which find winning behaviour particularly attractive.

On the contrary in Asia, where happiness is concerned a more fatalistic attitude prevails. One doesn’t chase it. Maybe one day it’ll just arrive like an unexpected gift. And, as it isn’t confirmation of anyone’s shortcomings, unhappiness doesn’t cause any feelings of guilt. Indeed, in Asiatic countries, whose values include self-discipline, a sense of responsibility, collaboration and friendship, the pursuit of happiness at all costs is frowned upon.

Whatever it is, for modern man happiness is a complicated jigsaw that always has a piece missing. 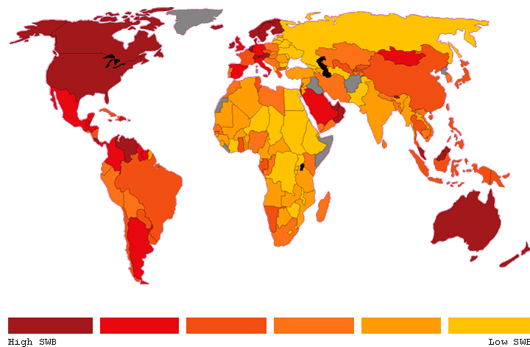 The 20 happiest nations in the world:

The three unhappiest:
176. The Democratic Republic of Congo
177. Zimbabwe
178. Burundi 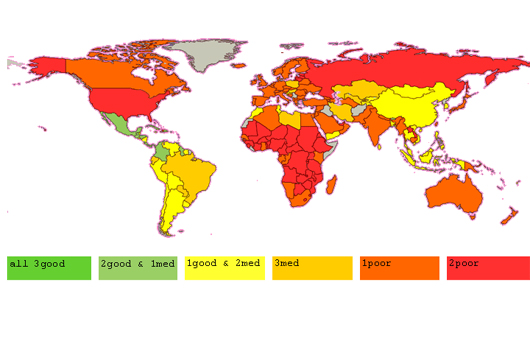 Establishing what makes a happy place without spiritual or mystic tones is actually an arduous undertaking. Scholars from the New Economics Foundation, a think and do tank for the new economy, as they rather provocatively define themselves, have attempted it, launching the Happy Planet Index in summer 2006.
The criteria for measuring happiness taken into consideration by the British analysts cross-reference the life span with the level of satisfaction in the local population in comparison with the standard of living on the basis of nationwide surveys. The result is then compared against a parameter known as the “ecological footprint,” meaning the environmental price, which is expressed in the number of hectares of agricultural land used to maintain each person.
The result is that the happiest nation in the world is the island of Vanuatu, situated in the Pacific Ocean with total surface area of just 14.000 square kilometres. Even those most favourable towards this new field of scientific exploration recognise that they are dealing with what is, in fact, a fairly indefinite and arbitrary concept. Indeed the island of Vanuatu is followed by a series of South American and Caribbean places generally to be found at the bottom of any traditional list.
Nevertheless, one good thing about the Happy Planet Index is that it point out how to produce a level of satisfaction of their citizens, western countries destroy a disproportionate quantity of natural resources, so much so, that in order to make everyone “be fine,” two or three planet Earths would be necessary.”