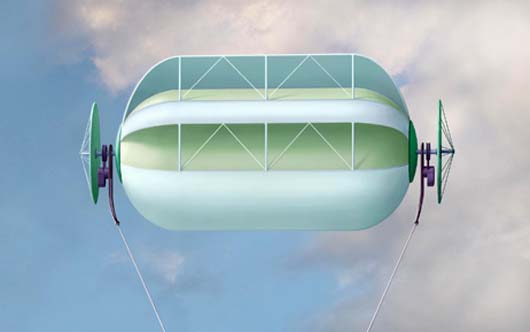 MARS is a lighter-than-air tethered wind turbine that rotates about a horizontal axis in response to wind, generating electrical energy. This electrical energy is transferred down the 1000-foot tether for immediate use, or to a set of batteries for later use, or to the power grid. Helium sustains MARS and allows it to ascend to a higher altitude than traditional wind turbines. MARS captures the energy available in the 600 to 1000-foot low level and nocturnal jet streams that exist almost everywhere. MARS rotation also generates the “Magnus effect” which provides additional lift, keeps the MARS stabilized, and positions it within a very controlled and restricted location to adhere to FAA (Federal Aviation Administration) & Transport Canada guidelines.

The Advantages of MARS over Conventional Wind Turbines: Wind Power Anywhere™ removes all placement limitations. Coast-line or off-shore locations are not necessary to capture higher speed winds. Reaching winds at 1,000-feet above ground level allow MARS to be installed closer to the grid. MARS is mobile and can be rapidly deployed, deflated, and redeployed without the need for towers or heavy cranes. MARS is bird and bat friendly with lower noise emissions and is capable of operating in a wider range of wind speeds – from 4 mph to greater than 60 mph. 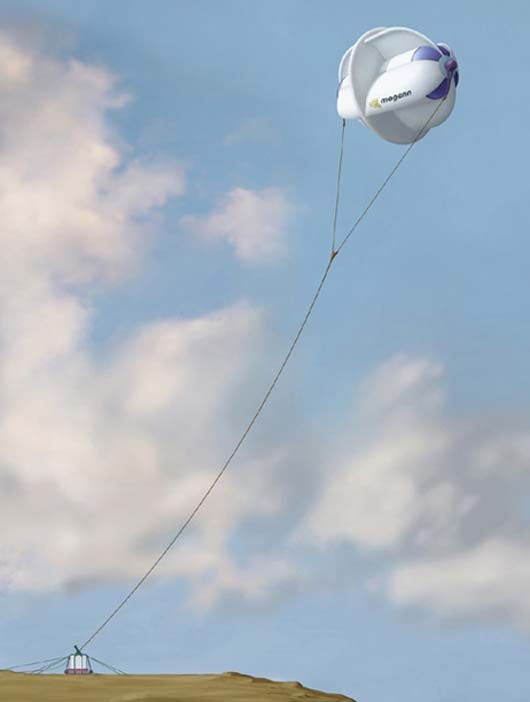