In Manhattan, on the corner of Houston and 2nd avenue, there sits an empty lot between two brick buildings. For nearly a century, the lot has existed as a eye-sore for its neighbors, and a nest for lower east side rats. However, today it exists, cleared, paved and transformed into the temporary host of the BMW Guggenheim lab. 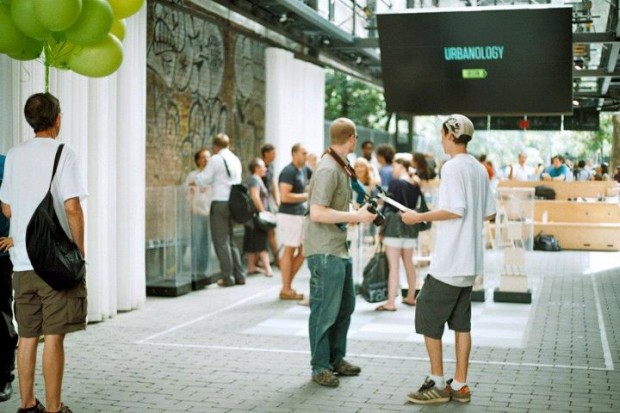 Between gratified walls, a massive steel structure, flat screen monitors and a speaker’s podium hosts guests and events that critique and inspire new ideas about 21st century creative urbanism. I had been meaning to visit the BMW Guggenheim lab since, while in Germany this past summer, a friend told me about it’s opening. After New York, the structure and monitors will be traveling to Berlin, and then on Mumbai. In fact, the structure and events are scheduled to travel around the world to 9 major cities for the next 6 years.

And what will become of the lot on Houston and 2nd? As I am currently researching the temporary use of vacant urban spaces, this question had been on my mind. I arrived in New York, serendipitously in time for the “What’s Next” discussions at the Lab. it turns out, the vacant lot owns a history of transformation efforts that extend beyond this past summer and BMW or the Guggenheim’s involvement. First Street Green, a local community organization made up of neighbors and friends of the area, has been trying to clean up and redesign the lot as community space for several years.

I choose the right time to visit. The day’s events kicked off with an address from First Street Green’s President, Robert Graf, who spoke a bit about the history of the 33 East first street site and their efforts to work with New York City Parks and Recreational facilities (who has owned the property since the mid 20th century) to clear and adapt the space to neighborhood needs. Next, friends of First Street Green, architects Jorge Prado and Silva Ajemian of Todo Design, presented a potential blueprint for the future of the site. Melding local neighborhood interests and the larger interests of New York City, they suggested a simple split-level architectural design: half community center and half park-space that would integrate the activities on the bustling Houston street with the first street neighborhood. 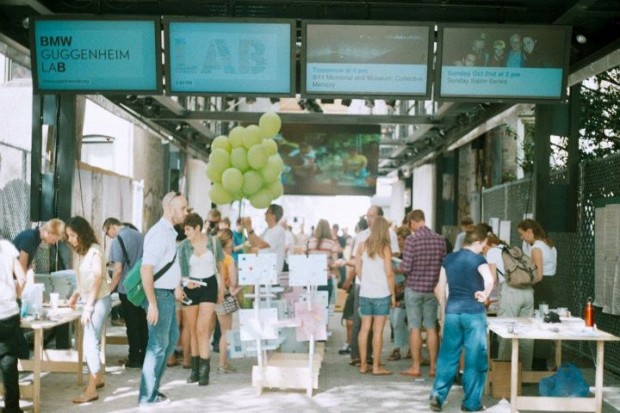 Then a representative from Art in the Parks, a project headed by the Department of Art and Antiquities, gave a presentation about the type of sculptures and installations that have been showcased throughout New York’s parks in the past. This presentation was meant to suggest the potential for the space to be used for arts viewing. A young, neighborhood boy raised his hand – and then the real discussions began. “What about the kids?” He asked, “we don’t want to look at sculptures, we want to play sports in our neighborhood”. It was quickly acknowledged that whatever becomes of the space, it will have to meet the needs of the surrounding residents, first and foremost.

It seemed the perfect transition into the presentation “It’s My Park”. The Hester Street Collaborative and Partnership for Parks were presented by Jordan Pender, who explained placemaking – the community benefits of citizen involvement in urban development plans. Along the same lines as the What If Cities initiative at Ecosistema Urbano, Partnerships for Parks now has an online interface called “People Make Parks” which encourages communities participate in the design of their park, incorporating tools like “Design Hoops”, “story map”s and “wish objects”. Lastly, Graem Sullivan, director of the School of Visual Arts and The Pennsylvania State University spoke about the significance as Space for making place for questions. 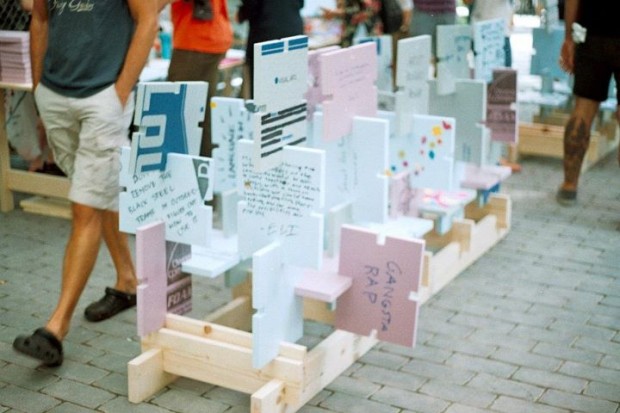 After a lunch break and a on-site game of Urbanology (it’s great, play it online here), the activities on site switched to a visioning wall workshop. Several tables laid out giant foam puzzle pieces and writing and decorating tools. Speakers, listeners, and passer-bys were encouraged to write their own ideas about what could exist in the space post-BMW/Guggenheim Lab. The puzzle pieces took structure, and the sculpture chart grew in idea potential that raged from Mobile Gardening to Music performance.

The puzzle pieces, we were told, would be presented to the 1st street community, who would lay the ideas in order of preference. The site’s development would depend on this input. 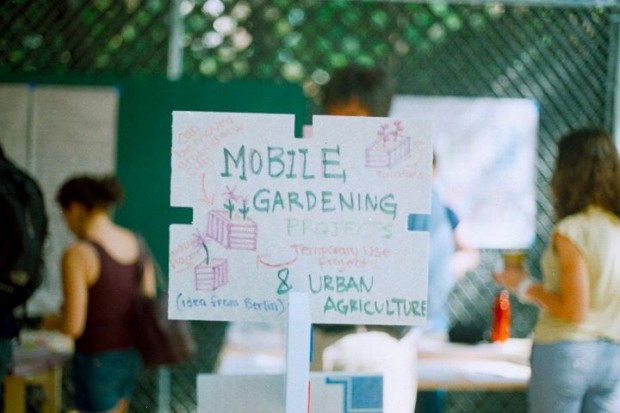 First, the potential in the flexible use of raw spaces. Architects Prado and Ajemian suggested a “soft “structure for their proposed community center. Natural materials and a simple structure would allow for later construction or deconstruction. In other words, the architecture of the site could be planned from the beginning to adapt to neighborhood needs. Art in the Parks suggested the idea of installation, not murals or permanent sculpture to share the space. This art form could temporarily expose the neighborhood (and New York’s visitors) to contemporary visual art during periods of the year that the space is unsuitable for lengthy outdoor activities.

Second, the potential of socially engaging tools to integrate local (and larger) communities in urban development plans. These tools give all members of the community, regardless of age or educational status, the ability to impact the future of their shared space. Community members will likely care even more for a space they’ve invested thought into. The more stakeholders in a project, the less likely it will fall into disuse or vandalism.

Ecosistma Urbano is well acquainted with the notion that fluid communication between designers and the communities in which they work is one of the most important aspects of 21st century, sustainable urban development. At DreamHamar’s digital and physical labs, similar social tools are being introduced. 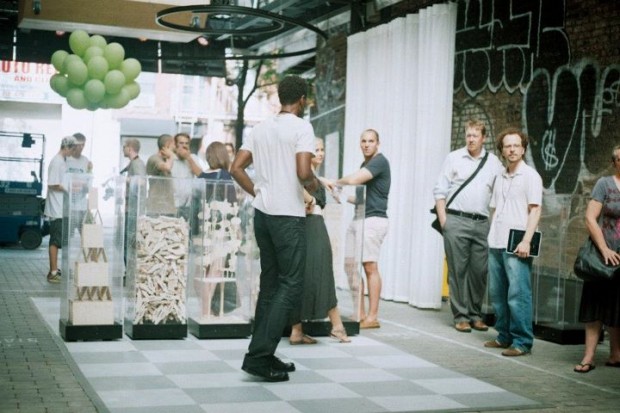 The history of the 33 East first street is, in itself, proof of the potential in communities to develop grassroots urban change. Until mid-October, if you’re in New York, I highly recommend checking out the BMW Guggenheim lab

If you’re in New York some months, years from now, it will interesting to see what becomes of the 33 East first street site as well.