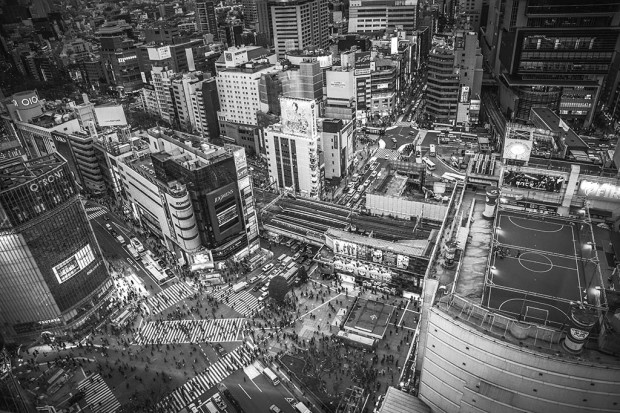 The book ‘Networked Urbanism’ included this article by Blair Kamin, the Pulitzer Prize-winning architecture critic of The Chicago Tribune, who served as a visiting critic for our “Networked Urbanism” studio.

There was no Internet in 1938 when the eminent Chicago sociologist Louis Wirth wrote his classic essay, “Urbanism as a Way of Life.” Taking note of the phenomenal growth of such industrial cities as New York and Chicago, as well as the lack of an adequate sociological definition of urban life, Wirth articulated parameters of enduring relevance.

Cities should not be defined by the quantity of their land mass or the size of their population, he wrote. Rather, they were best understood by pinpointing their distinctive qualities: “a relatively large, dense, and permanent settlement of socially heterogeneous individuals.” 1 That heterogeneity, Wirth observed, had the effect of breaking down the rigid social barriers associated with small-town and rural life. It increased both mobility and instability, causing individuals to join organized groups to secure their identity amidst the city’s ceaseless flux. “It is largely through the activities of the voluntary groups,” Wirth observed, “that the urbanite expresses and develops his personality, acquires status, and is able to carry on the round of activities that constitute his life-career.” 2 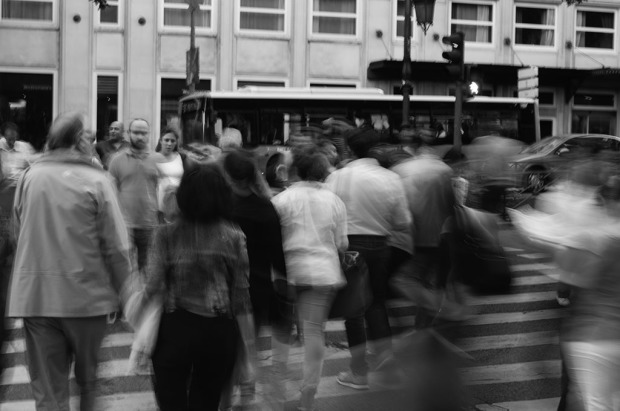 Implicit in his analysis was the notion that these networks would be formed through the technologies of their time: By letter, by telephone, by telegraph, by the newspaper, and, of course, by face-to-face contact. Amid today’s ongoing digital revolution, that part of Wirth’s otherwise prescient analysis seems antique.

In that sense, nothing has changed and everything has changed since the publication of “Urbanism as a Way of Life” more than 75 years ago. Half of the world’s population lives in urban areas; that share, the United Nations predicts, will rise to roughly two-thirds by 2050. As in Wirth’s time, urbanization has spawned acute problems, from China’s acrid skies to India’s vast slums. Yet while urbanites still ally themselves with groups, the means by which they do this has shifted entirely. Think of the recent spate of “Facebook revolutions.” Human communication is now overwhelmingly digital, and digital urbanism has become a pervasive part of city life, whether it takes the form of sensors embedded in highways or apps that let us know when the bus is coming.

The question is whether we are fully realizing the potential of these tools to improve the quality of the built environment and, with it, the quality of urban life. In short, can the virtual enrich the physical? 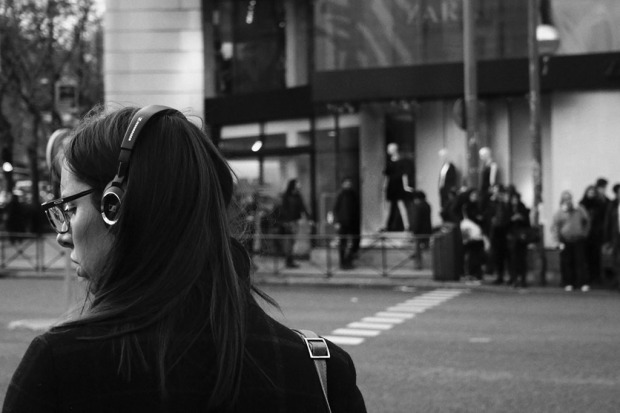 Madrid architects Belinda Tato and Jose Luis Vallejo, principals of the firm Ecosistema Urbano, believe in the value of this link and have set out to prove its worth through their practice and their Harvard University Graduate School of Design (GSD) studio, Networked Urbanism. The architects belong to a new generation that decries the self-referential “object buildings” enabled by digital design. Yet like Frank Lloyd Wright, who viewed the machine as an agent of progressive social and aesthetic change, they see the computer as a friend, not an enemy.

This perspective has helped them realize such socially-conscious projects as the Ecopolis Plaza in Madrid, which transformed an old industrial site into a child care and recreation center that is as visually striking as it is ecologically sensitive. Tato and Vallejo have imparted this creative approach to their students and the students have run with it, as the impressive results collected in this book show.

The first thing that distinguishes Tato and Vallejo’s pedagogy is its starting points, which are unapologetically practical and local–an anomaly within the theory-driven, globally-focused world of academic architectural culture. Instead of parachuting in to some far-flung locale, their students engage the place where they live: greater Boston. This affords the students time for repeat visits to their project sites and a deeper understanding of people and their needs than can be gleaned on a lightning-fast overseas tour. But it would be inaccurate to characterize the process and product of “Networked Urbanism” as parochial. The architects subscribe to the philosophy of “going glocal.” As they have written, “every urban project is born in a constant movement between the direct experience and specificity of the local context, and the global, shared flow of information and knowledge.”

One of the “glocal” issues American cities face is the rapid expansion of bicycles as a mode of transportation–a stark contrast to China, where members of the new middle-class abandon bikes for the status symbol of a car and, in the process, worsen traffic congestion and air pollution. But the growth of urban cycling has brought a dramatic increase in bicycle thefts. The vast majority of these thefts go unreported to police because the stolen bikes are rarely found. The victims feel powerless. Harvard student Lulu Zhizhou Li used to be one of them. She’s had her bike stolen twice, once from the racks in front of the GSD. “When I started talking to friends about it, I quickly realized that most everyone has had some sort of bike theft experience,” she said in an interview with Harvard’s Office of Sustainability. 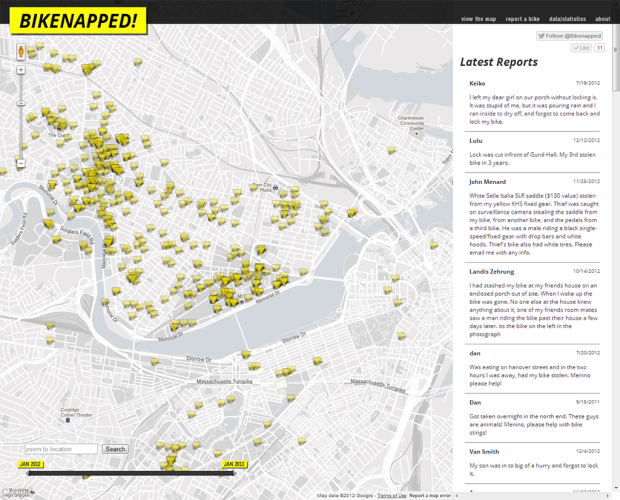 Li’s response was to design a successful online platform, “Bikenapped!,” which maps where bike thefts occur. The Web site allows bike theft victims to avoid these trouble spots, share their stories and perhaps even prevent future thefts. The interactivity afforded by digital technology is crucial to the enterprise, as one posting from August 2013 shows. “Flexible Kryptonite lock was cut between 4:30-6:20 p.m. at the bike rack outside Fenway movie theatre,” a victim named Deborah wrote about the loss of her white Vita bike with small black fenders, a white seat and a value of $550. “Busy intersection, loads of people. No one saw anything. Cameras point at doors, not bike rack.” The theater’s owners are now on notice that they should reposition one of their cameras. More important, Li has drawn upon her individual experience to frame a collective digital response, one that was technologically impossible when Wirth penned “Urbanism as a Way of Life.”

The students in Networked Urbanism have taken on other pressing problems of our time, such as the need for recycling that helps protect the environment. But waste doesn’t happen by chance; it’s a result of bad design.

Consider what two students came up with as they analyzed the very Bostonian problem of discarded oyster shells. The students, Jenny Corlett and Kelly Murphy, devised a way to break the cycle of restaurants mindlessly throwing out used oyster shells, which, in turn, wind up in landfills. Their solution: Collect and dry the shells, then use them to help grow new oysters and rebuild oyster reefs in Boston Harbor. 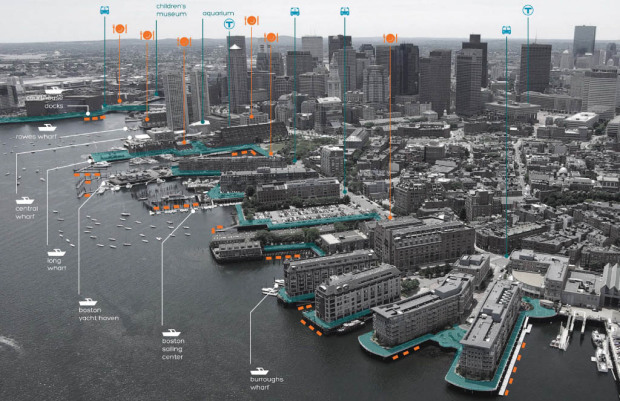 The plan would have a disproportionate impact because oysters affect many other species in their ecosystem. They improve water quality by removing algae, plankton and pollutants from the water. And the oyster reefs provide a habitat for small species like snails and shrimp, thereby increasing a region’s biodiversity. It’s hard to argue with projected outcomes like that– or with Corlett and Murphy’s marketing skills. Before their final presentation, they served their visiting critics oysters on the half shell.

Yet such a myopic world view privileges a formalist approach to architecture at the expense of the field’s rich social promise. Architecture isn’t a large-scale version of sculpture. It shapes the world in which we live.

The genius of Networked Urbanism is that it isn’t teaching students to be geniuses. It’s teaching them to be creative problem solvers, builders of smart digital networks and thus, builders of smarter urban communities. That’s a brighter, more responsible vision of the future than the dumbed-down version of digital urbanism you see on sidewalks today–people staring at their smart phones, lost in their own private worlds. In contrast, the projects of Networked Urbanism offer a new, intelligent way to form and vitalize the social networks that Louis Wirth identified as crucial to the continued well-being of urban life. Together, these designs confer fresh relevance upon the sociologist’s ringing declaration that “metropolitan civilization is without question the best civilization that human beings have ever devised.” 3

Blair Kamin has been the Chicago Tribune’s architecture critic since 1992. A graduate of Amherst College and the Yale University School of Architecture, he has also been a fellow at the Nieman Foundation for Journalism at Harvard University. The University of Chicago Press has published two collections of Kamin’s columns: “Why Architecture Matters: Lessons from Chicago” and “Terror and Wonder: Architecture in a Tumultuous Age.” Kamin is the recipient of 35 awards, including the Pulitzer Prize for Criticism, which he received in 1999 for a body of work highlighted by a series of articles about the problems and promise of Chicago’s greatest public space, its lakefront. Another recent story is Designed in Chicago, made in China.