On invitation by Biennial chief curator Peter Weibel the first “anti-pavilion” by Thyssen-Bornemisza Art Contemporary – a groundbreaking, newly commissioned public structure premiers as one of the central works at the 3rd International Biennial of Contemporary Art of Seville.
Since 2004 Thyssen-Bornemisza Art Contemporary has been collaborating with the US artist Matthew Ritchie, listed as one of the 100 innovators for the new millennium by Time Magazine in 2001, for exploring “the unthinkable or the not-yet-thought”. The Morning Line is a modular structure which is infinitely self-scaling consisting of crystallographic units that increase or decrease around a fixed ratio. This synthetic process is accomplished through drawing, where form and content, geometry and expression are unified and can be seen as an answer to the holographic principle – a therory which defines the visible universe as a hologram, a picture. The project of constructing a personal cosmology that incorporates the languages of science, myth and religion into a single systemic visual language becomes here a system for encoding multiple narratives. As with any event, The Morning Line can only be understood by looking back to it from a future moment.
Together with the New York based architecture studio Aranda/Lasch (recent winners of the Young Architect Award in New York) and a team of musicians, scientists, programmers and animators, Matthew Ritchie created the design for the first semasiographic building made from an architectural language that expresses its content through its groundbreaking structure. A structure that is simultaneously generating itself and falling apart, enclosing an interactive environment inside which a possible future can be seen and changed by the viewer. Due to its interlocking system of variable modules, the pavilion provides multiple functions such as a large outdoor performance and visitor area, auditorium/landscape/ruin, and furthermore a “musical instrument” played by new emerging composers and sound artists in the electro-acoustic medium to present their work. The layered and interactive works, written specifically for the novel interactive environment of the installation are to be composed and recorded as `scores’ for the installation itself, such that they can be heard autonomously within the piece at anytime.
Thyssen-Bornemisza Art Contemporary (T-B A21) was founded in Vienna in 2002 by Francesca von Habsburg, daughter of Hans Heinrich Thyssen-Bornemisza. The foundation is committed to supporting the production of contemporary art and actively engaged in commissioning unconventional, interdisciplinary projects. The first pavilion commissioned by Thyssen-Bornemisza Art Contemporary Your black horizon Art Pavilion in collaboration with Danish-Islandic artist Olafur Eliasson and British-Ghanaian Architect David Adjaye was inaugurated at he 51st Venice Biennale. In 2007 the pavilion moved to the island of Lopud (Croatia) in a completely different context and will stay open for visitors until 31st October 2008
For further information about the work and projects – of the foundation visit their web-site at www.tba21.org 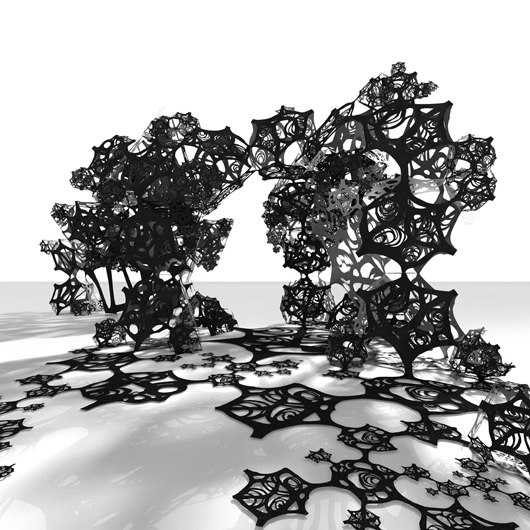