The media plays a crucial role in defining what these words mean because, lets face it, these words don’t have any universally acknowledged definitions. It´s been a challenge, of course, for the media to embrace this recent environmental enthusiasm and deliver news that is truly ¨green¨-worthy. However it has also been an incredible opportunity for these writers to decide, for the millions of their readers worldwide, what sort of initiatives really are worth the press.

Most of us assume that if the words  ¨eco¨ ¨green¨or ¨sustainable¨ are in the headline of an article, than the writer is speaking about an environmentally and socially responsible subject. These articles inform public understanding of the environmental terms used and shape the culture that either embraces or rejects them. 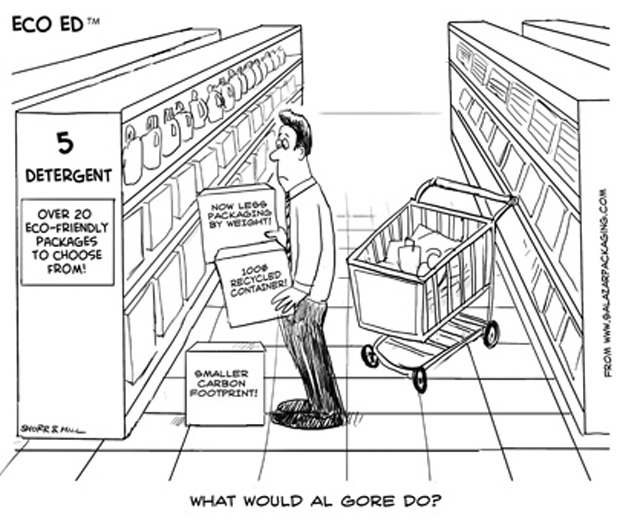 Writers hold a dangerous amount of power-  not enough of us readers are questioning whether it´s alright to determine that a product is green just because it, for example, is a natural sweetener . If we don’t know how these natural sweeteners are harvested- whether the environment is being unreasonably exploited or not, or if the harvesters are paid fair wages – then, as readers, are we supposed to understand  that agave syrup is ¨green¨ because it´s healthy? With this discourse, wouldn´t an energy sucking  treadmill be green too?

So, you see, these words cannot not be written thoughtlessly, or they generate public confusion. Journalist´s and blogger’s lack of questioning the standards for  terms they use has made it acceptable for any and all company’s to greenwash their products.

When, a couple weeks ago, the New York Times green column published an article titled Coverage of Green Issues Becomes More Specialized,  my first reaction was ¨great! Finally somebody is going to acknowledge the necessity to better define these terms¨. However after finishing  the column, I was even more disappointed with journalist coverage of green issues than I was before I started.

Writer Kate Galbraith speaks about the recent history of green coverage, starting with the unsettling comment, ¨Journalists spotted a trend and responded with enthusiasm¨. She then goes on to speak about the ¨natural evolution¨ of green issues falling off the front page of newspapers. Journalists are ¨a little less wide-eyed and a little more picky¨, she writes as she notes that cutting edge topics are now questions like ¨who´s not going green?¨and ¨what are the difficulties of going green?

I don´t see this change as a ¨natural evolution of journalists becoming more picky¨, like Galbraith suggests, so much as I consider it a natural progression of journalists having lost their readership due to the unsupported nature of green claims. When there is no standard for what makes an initiative ¨sustainable¨, the adjective becomes meaningless, and we,  as  readers,  lose interest.

Journalists and bloggers have blindly dug themselves into a tunnel of ¨eco-mania ¨, chasing self-proclaimed green-products and -companies without ever questioning  whether they were really headed in the right direction. Now. they’ve found their only way out of this ¨eco-trend¨ is to retrace their steps and criticize  the very subjects that  they might have supported six months ago.

Journalists aren’t getting more ¨picky¨. If they were doing that, they would begin to treat these buzz words differently. They would weed out the truly environmentally-responsible initiatives from the impostors. The New York Times would begin to regain the readership that has lost patience with their writer’s empty green-claims if they were to feature only real examples of environmental leadership.

Or, perhaps they are…

The last New York Times Magazine´s travel section featured the ultimate eco-resort , Nihiwatu , which also happens to be the most exclusive and lavish surf destination in the world. The story, set on the indonesian island of Sumba,  boasts characters such as  a count and countess, an heir to the Hermès name and fortune, a French diplomat, and the artistic director for the fine jewelry division of Louis Vuitton. Jeweler, Lorenz Bäumer, is quoted as begging the reporter,  Adam Fisher,  to keep the destination a secret. 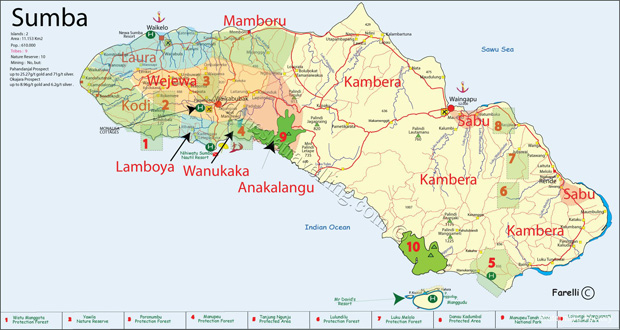 All of those big names in one place starts one´s  thinking… how much money does it actually cost to experience this eco-resort? A closer look at Nihiwatu´s website won´t give you prices, but it will answer your question about where your maid can sleep, if you choose to bring her along…

I guess Ms. Galbraith got it right when she reported that ¨Companies taking measures to go green still can make headlines, but whatever they do that gets such attention usually has to be unusual in some way¨. Journalists are getting pickier-  The new york times will feature your eco-resort, but only if it is inaccessible to anyone but those who belong to the fortune 500.

Setting aside the bourgeois undertones, it´s interesting to note that this article actually  begins to dig a little deeper at the meaning of ¨eco¨. Although the  Nihiwatu´s efforts  to insure that the island´s ecology and local culture be left undisturbed uncomfortably double as efforts to ensure the resorts exclusive prestige,  the  initiatives are worth acknowledging.

The off-the-grid resort manages to produce much of its own food, electricity and diesel fuel. Dried coconut meat (copra) is pressed for oil and fed to Nihiwatu’s biodiesel  generators. The article points out that, because copra can be harvested with nothing more than a machete, it puts cash directly into the hands of those who need it most. Nihiwatus owner, Claude Graves also plans to  eliminate air conditioning entirely for the next round of guest accommodations, which will be treehouses built from bamboo grown on site. Graves also has a strict policy about visitors: only 30 outsiders on the property at any one time, and never more than 10 in the water. This is to ensure that the beach stays wild. 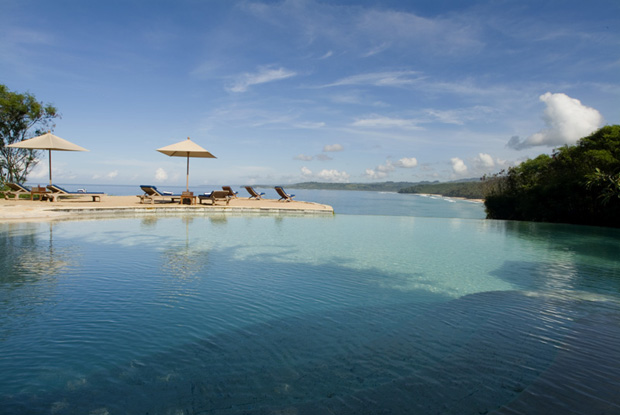 Achieving environmental conservation of an area by restricting human access to it is not a new phenomenon. However, i´m not sure the story has ever been told like this. This article stirs interesting questions about how privilege and environmentalism are related, and perhaps inter-dependent. It suggests that ultimate luxury is to have access to preserved nature. It suggests that preserved nature needs luxurious funds to stay that way.

It suggests that, in order to enjoy the most minimally invasive nature initiatives,  one must dish out the cash to support them. Of course, it is doubtful that Nihiwatu is the only thing keeping the island from being commercialized and its nature and culture destroyed,  but the half million dollars raised at the resort each year to support The Sumba Foundation which, as the article reports, digs wells, builds health clinics, fights malnutrition and links the resort and the villagers in a circle of green development, does play an important role in helping the Sumbanese adapt to 21st century life without exploiting their natural resources. And that is what sustainable development is all about. 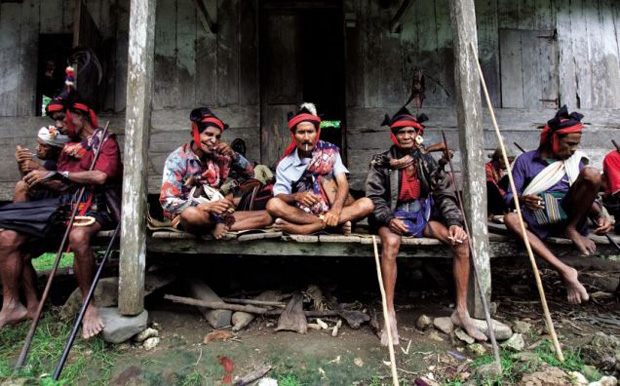 Still, access-issues remain a controversial subject at the island of Sumba. When locals are no longer allowed to visit their own island´s beaches, and the only tourists who have access are wealthy VIPs, there is definitely a social-equity issue in question, which many people consider consider to be a key component of sustainably.

Defining these terms-  ¨eco¨¨green¨¨sustainability¨- is not an easy task, nor a task for just one individual alone. But the media has the responsibility to report the truth- and so journalists must use these terms more responsibly.

Instead of writing articles like Coverage of Green Issues Becomes More Specialized that speak about a new trends in environmental-reporting,  journalists should begin to more deeply investigate the green-claims they´ve already made. What makes an eco-resort ecological? What is the difference between ecological and sustainable? What more do natural products have to do in order to be considered green? These are the sort of stories that the audience who has checked out of readership wan´t to see. These are the stories that will generate dialog-  dialog that will produce environmental terms with acknowledged universal meaning.