Ecosistema urbano working for the urban transformation of Grenoble 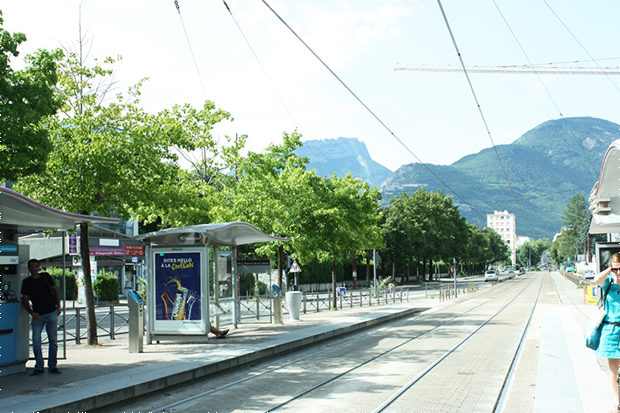 We are proud to share our success in the competition for the Master Plan for ZAC Flaubert in the city of Grenoble. It is the result of a collaboration with Sathy, TN Plus,  OGI (Engineering), Res Publica, and VPEAS. Our candidature has just been selected to lead this great urban transformation and revitalization process in the very center of Grenoble city.

The project deals with the urban transformation of an underused area: ZAC Flaubert. This is currently a 90 hectares transition area at the crossing of a North-South axis and an East-West one, both important for the city. Being a strategic part of the city and its inhabitants, this huge project has various stakes and raises one question: How to give an identity to this area which is now a cluster of micro-identities?

The mayor, from the Ecologist party, wants to integrate citizens in an ambitious co-construction process that would start with Flaubert to spread across the whole city. He is committed to involving residents, shop owners, citizens at each step of the co-construction project. In addition, various other stakeholders are to be involved in the process thanks to different formats such as debates and discussions to exchange points of view and possible visions for Flaubert’s future.

Last June, in our first exploratory trip, we had the opportunity to better understand the territory and have a closer look at the city’s urban life.

Now our objective is to acquire a deeper understanding of the project, its complexity and the challenges we have to face.

The area of the ZAC Flaubert in the city

One of the discoveries of the visit was the “Bifurk”, a creative and interesting eco-system in the very center of the area. In this hybrid space, volunteers and several associations actively contribute to transform the former industrial warehouse into an impressive “life hub” where many activities are organized such as theater plays, concerts, exhibitions or skate-park. Right next to it, “La Plage” is the first urban beach built in France. The area is dedicated to sand sports and offers a large range of unconventional sports. 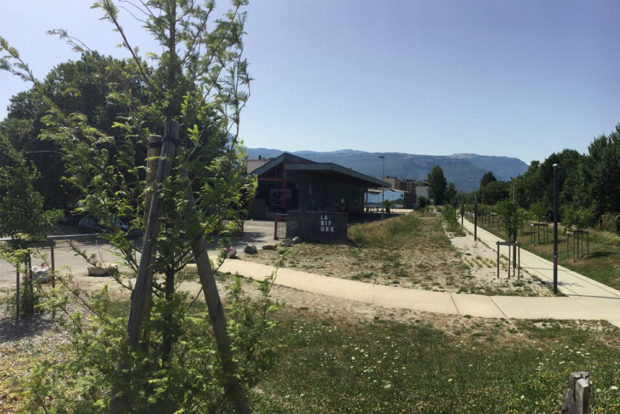 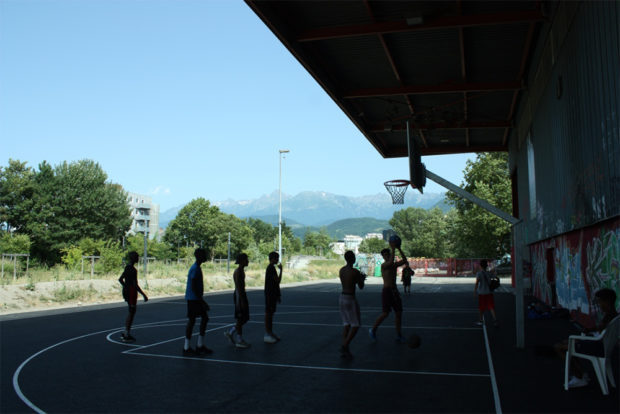 Right in front of these emblematic spaces, the project “Terra Nostra”, an experimental house designed by architecture students from Lyon and Grenoble and built in earth and wood, will be placed. This becomes an interesting opportunity, linking an existing infrastructure to the project, creating a space dedicated to Flaubert urban process within an existing facility.

The avant-gardist city of Grenoble has been promoting for more than two decades an innovative and creative program for a better, more social and sustainable city. At the edge of the technological progress and always listening to its citizens, Grenoble is a lot more than the 11th largest city in France: it is an example of a political burning desire to create the new city of tomorrow. Various urban initiatives have contributed to a deep change. The change is both created by “big actions” as well as with “small initiatives” put together to form the true identity of the city. Each year, the city supports more than 600 actions around three main ideas: involving citizens, fighting social inequalities and stimulating weaker areas.

The complete social spectrum is involved in the projects by means of public debates and meetings to discuss the future use of their area. The integration of every single stakeholder allows the city to focus on its inhabitants and to adapt its scale to the vast diversity of its citizens. This new way of conceiving the city made Grenoble an attractive hub for the whole region: The Alps Capital. Grenoble is a true urban laboratory. In 2005, the town council adopted a transformation Plan providing important financial support to the urban renewal operations within the city. The following examples illustrate Grenoble’s singularity:

A renewal of the architecture within the city :

The construction of one of the first French eco-district in the former barracks “De Bonne” in the very center of Grenoble (50,000 sqm) is an interesting example of the will to reconcile city and environment. Architect Loisos Sava explained that, by highlighting a lower energetic consumption and promoting a social and functional mix, he was able to shatter the construction dogmas. This eco-district was awarded in 2009 the French Grand Prix “Eco-quartier” delivered by the Ministry of Environment. Moreover, in 2015 a vast revision operation of PLU (Local Urbanism Plan) started, (especially) limiting the maximum construction height. 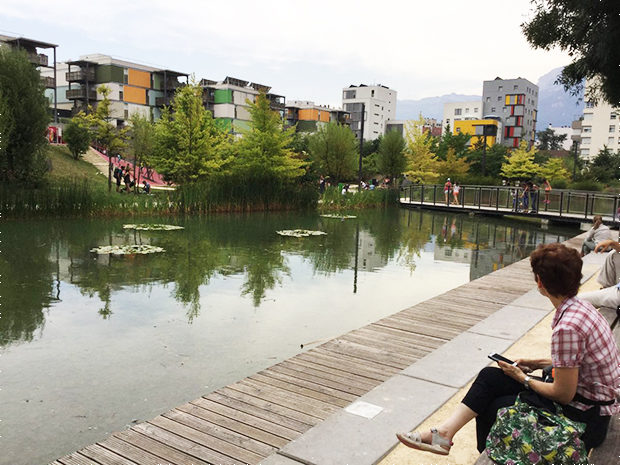 Grenoble is a city for everyone as it puts accessibility on top of its priorities. Its score on the accessibility scale is on average 18.7, making it the first French city and the second European one. The city recently inaugurated a shared vehicle service called “CitéLib” in collaboration with Toyota. The company wanted to test this unique 100 % electric rental system in Grenoble. The main objective is to stimulate multimodality within the city, by incrementing the existing transport offer and giving a new alternative for «the first and last kilometers».

In 2015, Grenoble created a polemic with a very innovative stance: it became the first European city to ban advertising in the streets. The project aimed at fighting visual pollution and was initiated and fully supported by the current ecologist government. To compensate the lack of this private sector income, the city had to reduce its budget and change its daily habits. As cultural and informative messages progressively substituted former commercial campaigns, many other cities see Grenoble today as an example to follow.

At national and international level, Grenoble is known for its taste for innovation and it has received several awards and certifications during these past years.

In 2014, Grenoble was selected as one of the eight “FrenchTech” cities. This label allows them to promote their technological appeal by giving them better visibility abroad.

In 2014, Grenoble was elected the 2nd most innovative city in Europe, after Barcelona. The prize of this competition for innovative hubs in Europe, awards the city with the best ecosystem for innovation, connecting citizens, public organisms, companies and universities.

The iCapital Award: Grenoble is among the 15 most innovative cities within the 2013 Forbes ranking.

The neighborhood “Presqu’île” located in the north of Grenoble is specialized in cutting edge industry. This “French Silicon Valley” which is famous worldwide, is an attractive hub for the rest of the city. The connection between Flaubert and “La presqu’île” could be an opportunity to reactivate ZAC by creating new dynamics. This is just one of many potential ideas, as we proceed researching and developing strategies.

As a conclusion, Grenoble successfully renewed itself on many different aspects creating a new approach to living in the city. These inspiring examples show that we are dealing with a state-of-the-art urban laboratory and we are honored to face the challenge and being part of this inspirational adventure.

Soon you will hear more from us about this exciting project!