From Streetscape to Cityscape: Remodelling Thomas B. Thriges Gade 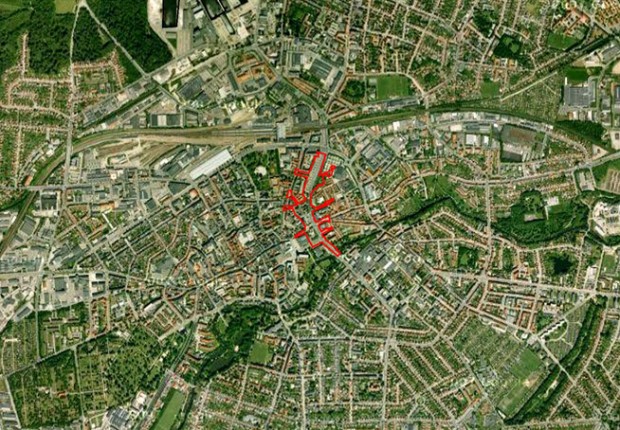 Ecosistema Urbano is participating in the urban development competition From Streetscape to Cityscape: remodelling Thomas B. Thriges Gade in a team together with the two Danish agencies Schmidt Hammer Lassen Architects and Kristine Jensens Tegnestue.

Among 25 teams 7 teams have been selected to make their proposal for the remodelling of the street Thomas B. Thriges Gade in the historical city center of Odense, the third largest city of Denmark.

Since the 1960’s the city center of Odense has been divided into two parts by the 4 lane street of Thomas B. Thriges Gade, which was established as an effort to modernize Odense. On a daily basis 35,000 cars are passing the street. Having served as an thoroughfare for many years, the street is now being remodelled as a step in the sustainable development of the city. When the new bridge Odins Bro will be finished in 2014, the main car traffic will be led around the city center as part of the Planning Strategy for Odense. END_OF_DOCUMENT_TOKEN_TO_BE_REPLACED