Ecosistema Urbano is pleased to present the project of our collaborator Noa Peer, awarded an Honorable Mention in the international competition “NETWORK RESET” an international design competition to rethink the Chicago Boulevard System.

Bellow is the project description from the Architects: 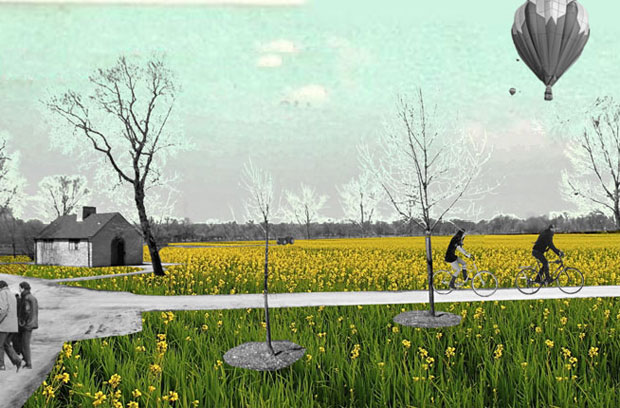 When Chicago was incorporated in 1837, the motto ‘Urbs in Hort’ or ‘city in garden’ was adopted to portray the city as a beautiful gateway to the fertile lands of the west. Deploying this 19th romantic vision was the European concept of the Boulevard. However, with its American application, the Boulevard system precipitated a suburban exodus to the periphery, laying the seeds of future urban self-destruction of many post-industrial cities. Rather than a problem, this project catalyzes the rupture between the urban fragments as a potential stimulus. This project reconceives simultaneously the urban park and boulevards systems, by making a series strategic distinctions: 1. Opening Barriers, 2. Initiating Commonwealth, 3. Absorbing Influences, 4. Calorification of the Necklace, 5. Reactivating the Boulevards, 6. Reinforcing the Green Archipelago. 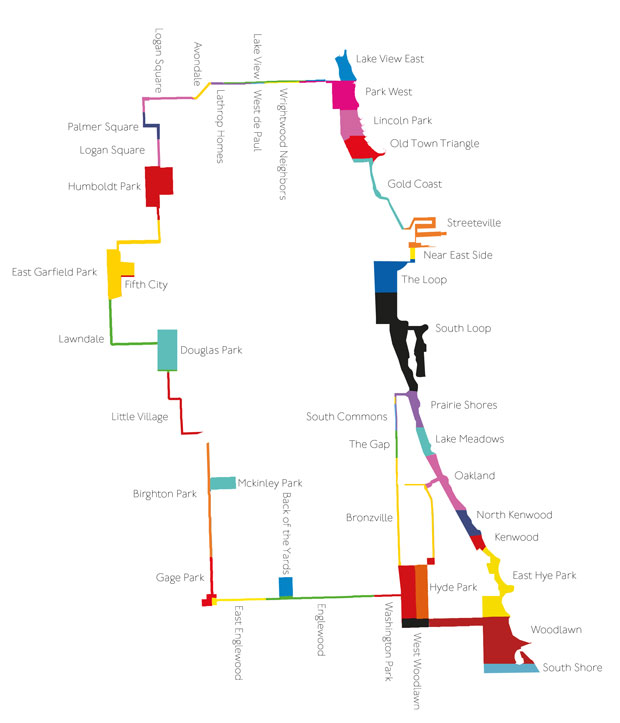 Architecturizing strips
The urban strips host diverse ephemeral events dispersed with the linear momentum along the promenade, ‘designed’ by the enclosed communities. Each neighborhood governs its adjacent promenade, fostering new programs, giving Chicagoans agency in their city’s design, while highlighting every neighborhoods’ unique identity.
The urban strips adapt themselves to Chicago and its diverse neighborhoods– unpredictable, exciting and experimental, transformed according to unique metropolitan situations, creating innovative public spaces.
The promenade can inhabit farmer’s markets, fairs, Luna-Parks, wireless tree houses, bars and cafés, hubs, watchtowers, greenhouses or just stay as they are now. These architectural events are flexible and can be modified in time according to the neighborhood’s evolution. 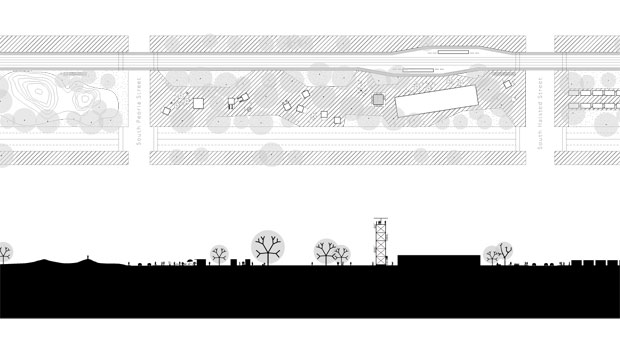 For more information about the project.
Form about the competition.