Every friday, Twitter’s users have got into the habit of selecting and suggesting someone interesting to follow. This action has become a weekly international event and it is called #followfriday.
[Ecosistema Urbano] has been inspired by this to create a new section known as #followarch. It is focused on recomending architecture offices who are worth following.

If you are interested in being part of this section please send us completed our contact form.

We are pelased to present you this week the Portuguese office: ON OFFICE. 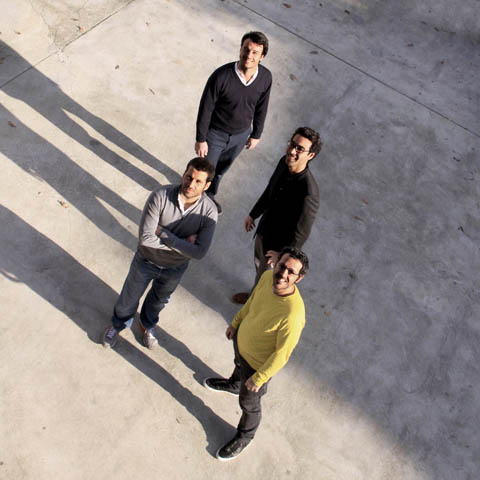 On Office provides architectural design services at all scales, sites, and programs, in accordance to an ever-maturing process, strategy, and theory.
On Office is scale-less. We see architecture as the fulcrum of a seamless gradient spanning from ergo- nomic furniture and industrial design to urban incisions and global tactics.
Our process demands robust research, thorough experimentation, candid communication, and collabora- tion with multidisciplinary, international talent.
Now at the crossroads of economic, social, and environmental change, we see great architecture as a moral and professional obligation.
On Office is currently undertaking various collaboration projects in Portugal, Norway, UAE, Peru, Brazil and Italy.

Joao Vieira Costa (Portugal) received his M.Arch. from Universidade Lusíada do Porto, Portugal in 2004. Since then he has worked with PLOT (BIG+JDS Architects) in Denmark, NL Architects, MVRDV and OMA\ Rem Koolhaas in the Netherlands, and CODE in Norway. In 2008 he founded the practice On Office, com- bined with a teaching position at School of Architecture and Design in Oslo (AHO).

Leon Rost (Japan/USA) was educated at California Polytechnic University, combined with a year at Denmark’s International Studies (DIS) program in Copenhagen. He has worked with various international architects such as PLOT in Denmark, Shigeru Ban and Klein Dytham in Japan, and most recently with Space Group in Norway, where he carried the Oslo Central Station through competition first prize into regulation planning. Leon founded On Office in Oslo together with Joao Vieira Costa.

Ricardo Guedes (Portugal) received his M.Arch. from Universidade Lusíada do Porto, Portugal in 2005, after completing his studies in Cottbus, Germany. He worked in Portugal for Balonas Projectos and A.S. Atelier de Santos before starting his own practice ARG (Architecture Ricardo Guedes). He was mentioned for the Self-Sufficient Housing Competition in 2005 and was winner of the Tektonica competition and the Expresso/Lisbon Architecture Triennale competition in 2007. Ricardo joined On Office in 2009.

Francesco Moncada (Italy) received his M.Arch. from the University of Palermo, Italy in 2004. He has lived and worked in Spain, UK, Portugal, The Netherlands, Norway, and Dubai. His most notable expe- rience comes from Foreign Office Architects in London, Vicente Guallart in Barcelona and OMA\Rem Koolhaas in Rotterdam. His independent work has been published in Frame, Interni, Case d’Abitare, Ottagono, Perspective Hong Kong, Dezeen, and in various books about interiors. Francesco joined On Office in 2009.

Turbine City Off (the coast of Stavanger, Norway)
Program: 31,500 m2 (Hotel, Museum) Research
Norway has perhaps the best conditions in the world for utilizing offshore wind power. Its coast- line is the longest and windiest in Europe and largely unsaturated with turbines. The oil industry has given the country vast expertise in offshore foundations, as well as immense investment capi- tal. It has half of Europe’s hydropower to couple wind power.
The EU commission has committed to deriving 20% of its total energy consumption from renew- able sources by 2020. Norway has the capacity to surpass this goal and become an exporter of the EU’s newest tradable good, renewable energy. Norway has already begun speculation on such a venture, yet offshore wind farms are meeting strong resistance, mainly due to misinforma- tion and ungrounded skepticism. What Norway needs to propel wind power is a flagship wind farm to promote and celebrate its newest investment. 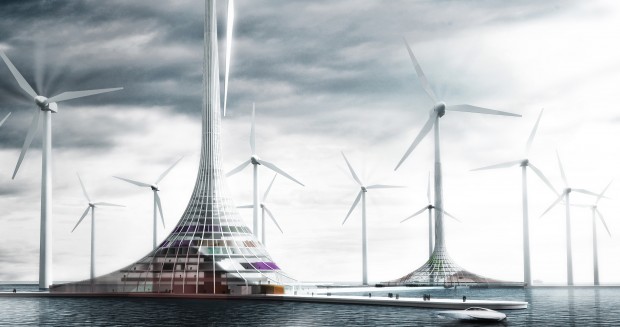 Terminus Hotel (Bergen, Norway)
Program: 3000 m2 (hotel)
Client: Grand Terminus Hotel
Collaborators: Code, Norway
Status: Building Application
The Grand Terminus Hotel extension is a project about relation and contextualization.
The proposed new building is situated just next to an existing building that is characterized as a Heritage building in the city or Bergen, Norway.
The scheme of the new proposal is shaped by three factors: the relation with the existing build- ing, the solar exposure, and the highest point towards Kong Oscars gate.
The triangulated shape offers an interesting interior space for each room while establishing an intimate relation with the existing small houses in the surroundings. 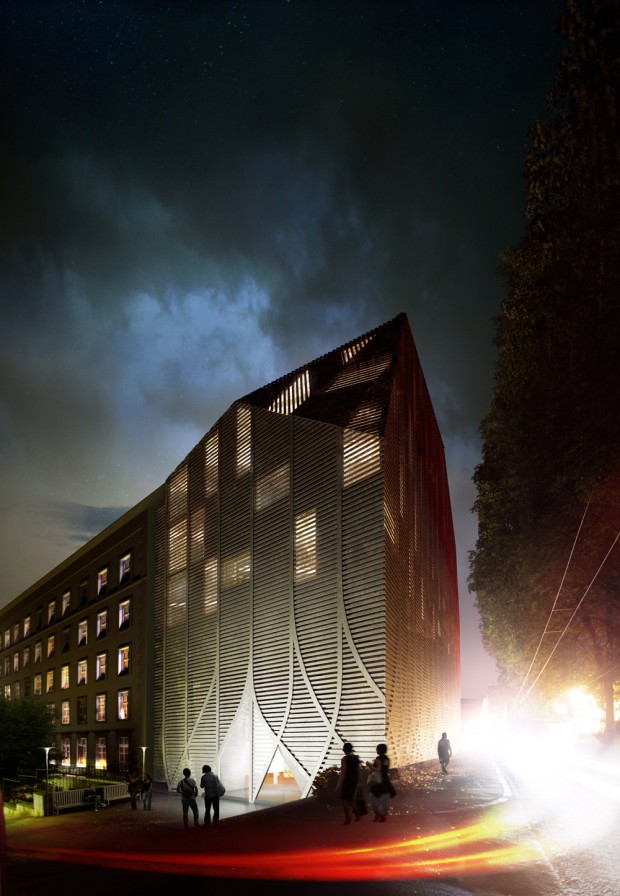 4 Houses (Oslo, Norway)
Program: 500 m2 (residential)
Client: Hecht Cancelled
The 4 houses project is located outside Oslo, surrounded by traditional Norwegian villas.
The entire neighborhood presents the same architectural atmosphere, where nature and land- scape dominate the land between houses. The houses all have a private garden, and no fences. Privacy is achieved by strategically posi- tioning green elements between family houses.
The client asked us to develop 4 houses within a very small site, providing the same relationship with landscape as the other houses, without compromising the square meters needed to receive returns on the investment.
The result is four stacked villas, orientated towards a small river that crosses the site, where each house enjoys a private garden.
The internal layout is simple and efficient, shaped to meet the landscape of the exterior. 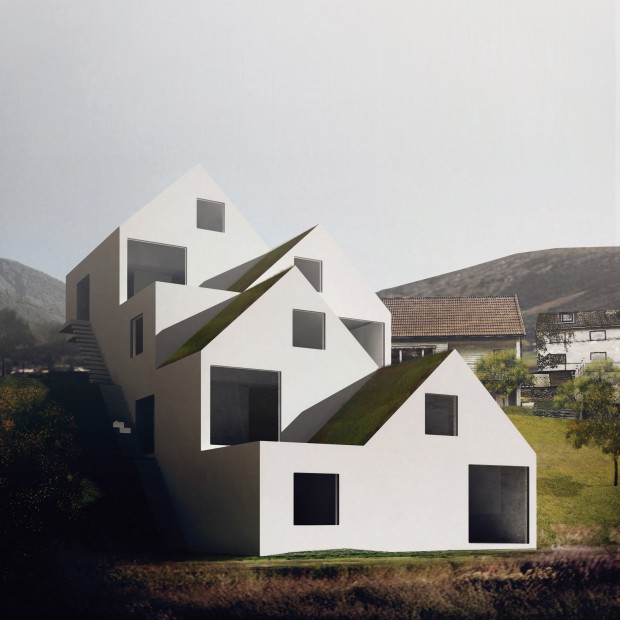 Matrix Pizza (Siracusa, Italy)
Program: 90 m2 (restaurant)
Client: Vincenzo Perez
Status: Built
The design emphasizes the social aspects of meeting for dining. Usually tables and chairs al- low the clients to seat in closed groups where interaction between groups is rare. By minimizing the volume occupied by 1 single module/table (a cube 70x70x70 cm) and the distance between modules, interaction between tables is facilitated.
A low budget dictated that we make innovative use of affordable materials- those usually found on the construction site. The ceiling and the warehouse-wall are covered by corrugated fiber- glass, and the bar is assembled from metal boxes that hold a steel shelf.
The graphics complement the simplicity of the space; they express and celebrate the variety and richness of taste in the food served. All the ingredients used are mapped out and symbolized by colors and codes. On the wall next to the entrance appears a real size zebra. The zebra is simply the other side of the scientific information; it is colorless, simple in its appearance and it refuses to suggest an explanation. It is simply standing there beautiful, mysterious, surreal and inspiring endless thoughts and discussions between the customers waiting for
a table or some take-away food. 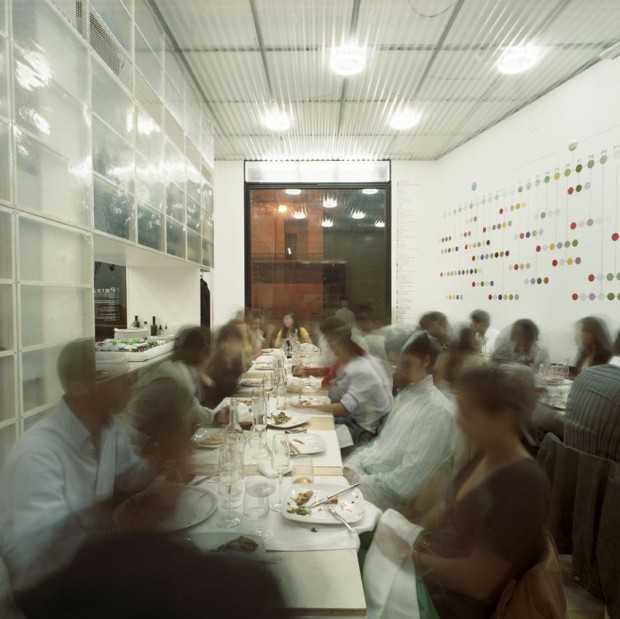 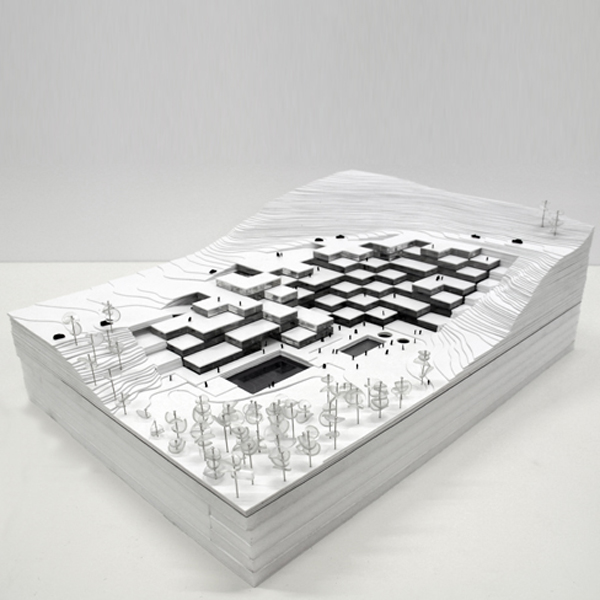 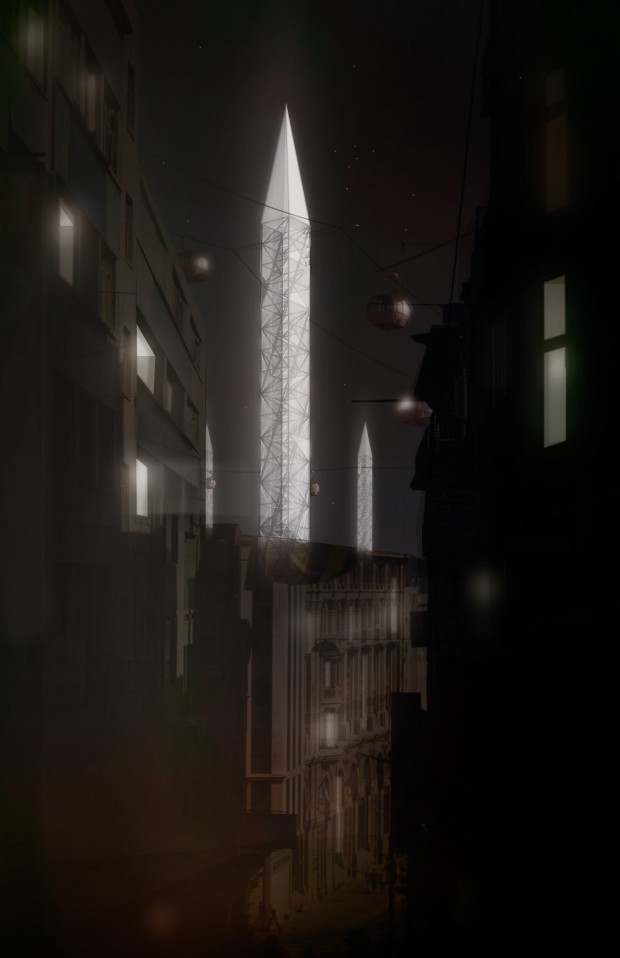 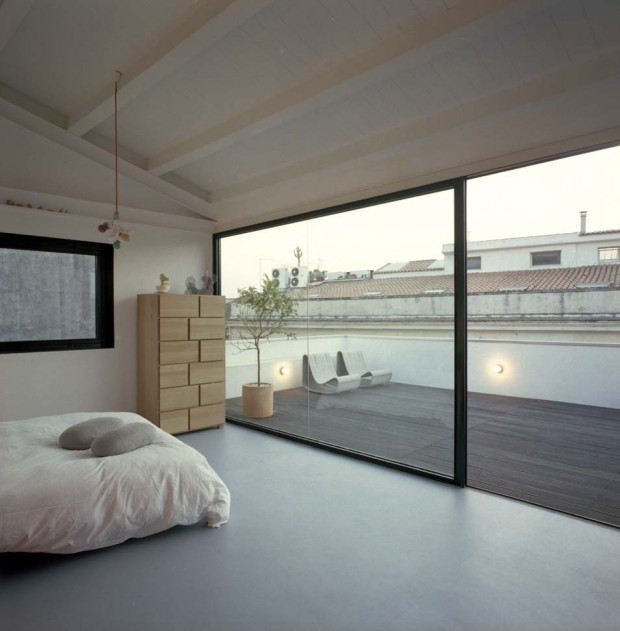 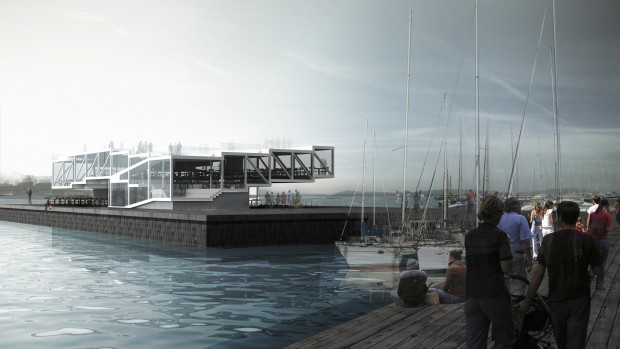 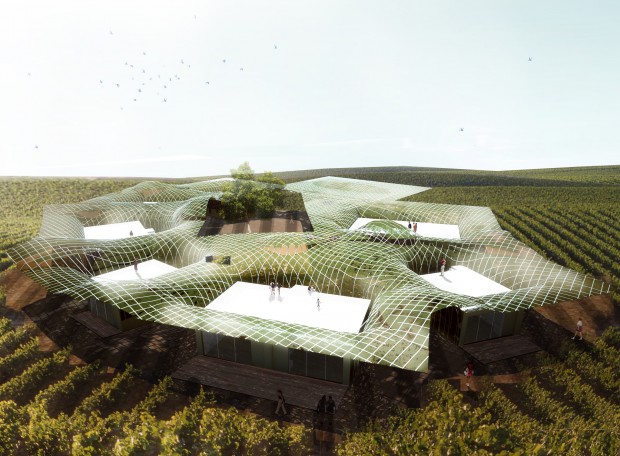 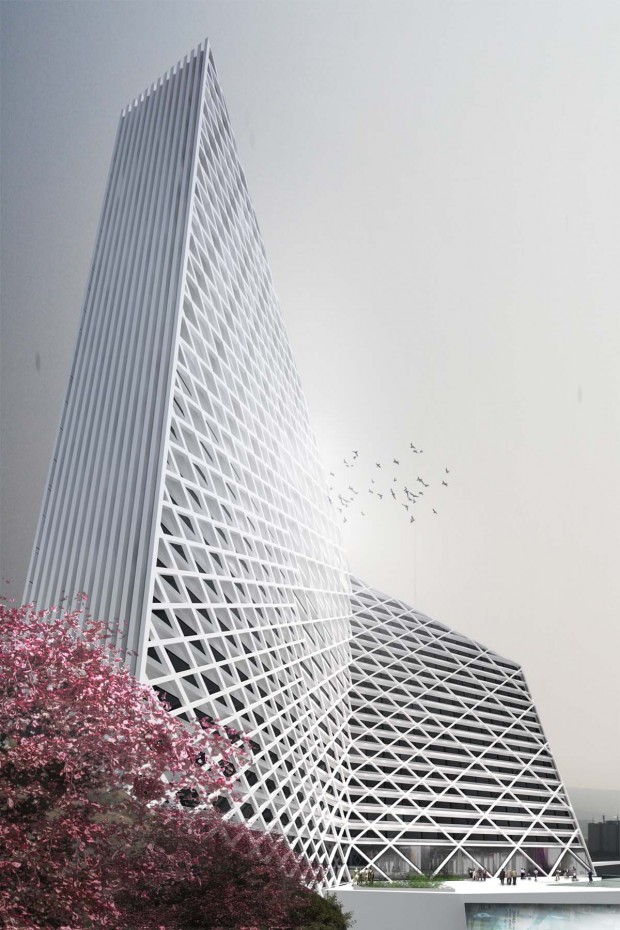