Last year, the Summer already burning over Madrid, a photographer went back to Ecopolis Plaza on an uncertain mission: to capture the life and spirit of the place, three years after the completion of the project.

The reason: the people from Urban Drift, working with the German publisher Jovis, had proposed us to include the project Ecopolis Plaza in their book “Make_Shift City – Renegotiating the Urban Commons” and asked us for some updated photos showing the life of the place. We realized we didn’t have nice, recent pictures of it,  so we called our favourite photographer Emilio P. Doiztúa and invited him to go and register whatever was happening there.

So there went Emilio, armed with some photography gear, and this is what he brought back:  the  images of a grown and lively  Ecopolis Plaza.

Time to go back home!

Relaxing in the shadow. Notice the tall macrophytes in the artificial lagoon.

The slides are a great attraction

Some teenagers hanging around…

… and, well, having some fun in front of the camera.

A not so common point of view of the building

This is probably the first photo published from this side of the building!

For more pictures of this and more projects, you can get the book “Make_Shift City” here.

Makeshift implies a temporary or expedient substitute for something else, something missing. Make-Shift City extends the term to embrace urban design strategies. “Make-Shift City” implies a condition of insecurity: the inconstant, the imperfect and the indeterminate. It also implies the designing act of shifting or reinterpretation as a form of urban détournement.

In case you happen to be in Berlin in March, you will have the chance to attend the official presentation:

Make_Shift City: Renegotiating the Urban Commons
More info on Ecopolis Plaza, including these and more photos 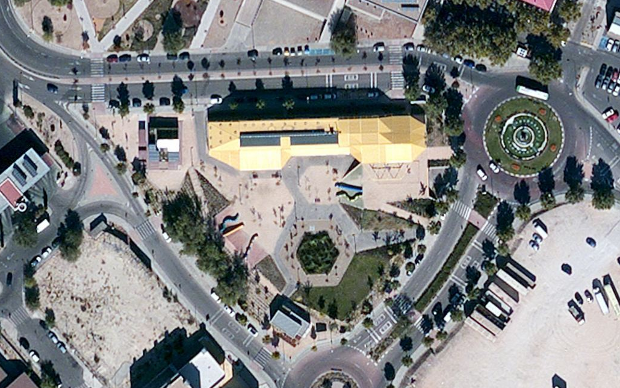 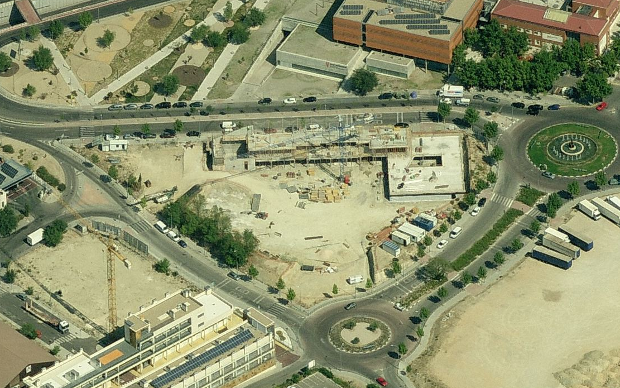 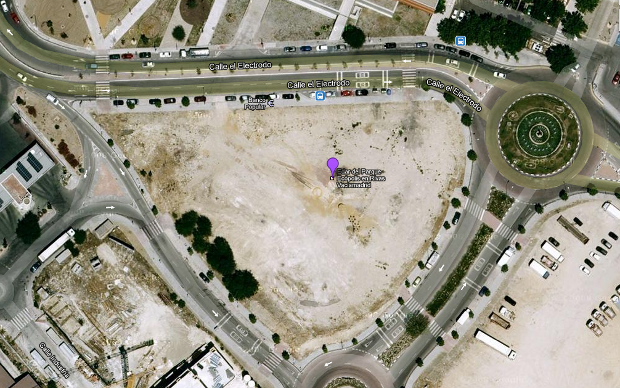 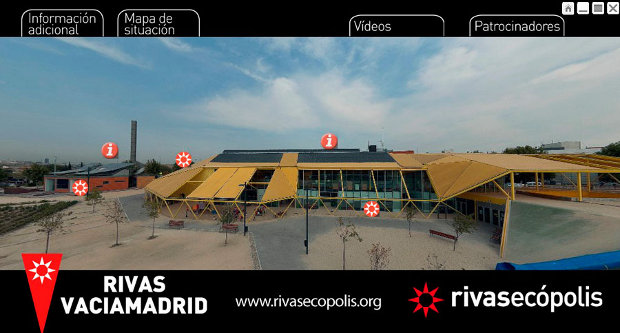 WASTE TO RESOURCES- URBAN PROTOTYPE PLAZA ECOPOLIS led by ecosistema urbano is proud to announce our submission to the Buckminster Fuller Challenge. Named “Socially-Responsible Design’s Highest Award” by Metropolis Magazine, the Challenge is an annual international prize program that awards $100,000 to support the development and implementation of a solution that has significant potential to solve humanity’s most pressing problems.

We are thrilled to be a part of the Buckminster Fuller Challenge review process, which brings together influential design science leaders such as Josè Zaglul, Vandana Shiva, Danny Hillis, William McDonough, John Thackara and Hunter Lovins.

We entered this competition because of its reputation as the most prestigious Prize concerning social issues. END_OF_DOCUMENT_TOKEN_TO_BE_REPLACED 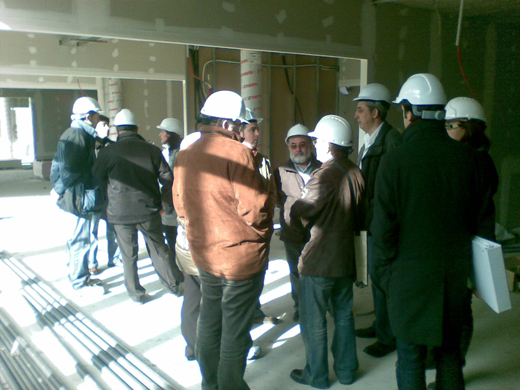