Today we introduce Blanca Abramek, an architecture student who did an internship with us last spring/summer. She did a great work actively helping us with the design and selection of contents for a book about Dreamhamar that we are now (finally!) finishing. 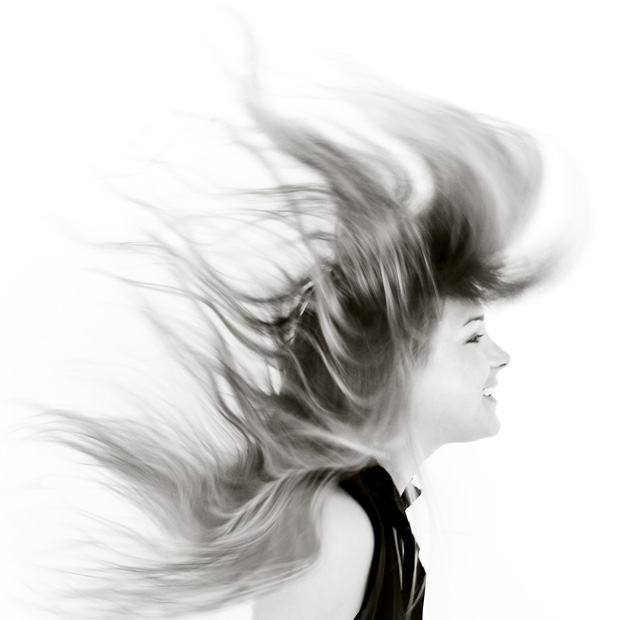 In her own words:

I’m in my final year of Architecture and Graphic Design at University of Pennsylvania in Philadelphia, USA. As researcher at the Positive Psychology Center, I am investigating the relationship between urban design and well- being.

Because of my interest in fine arts, cultural anthropology, psychology and film I like to look at design from a holistic perspective. In my opinion architecture relies on an interdisciplinary exchange in which lies the opportunity for architects to seek broader strategies for impact. I believe that in today’s world we, architects and urban designers, need to seek radical new channels of influence that move design away from focusing only on providing professional services and toward a more ambitious role of cultural leadership in the built and social environments. 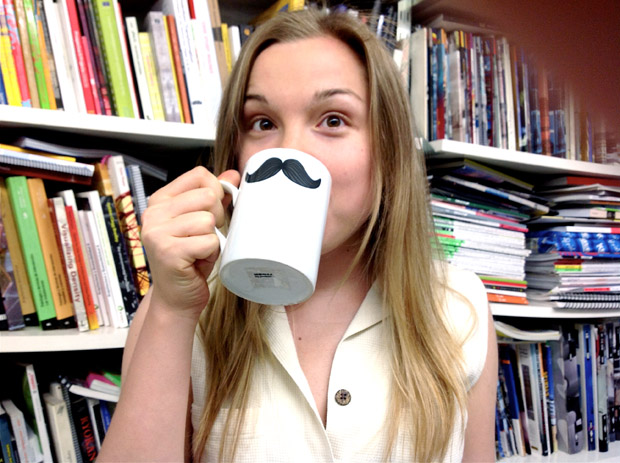 Here is a short summary about Blanca:

Both photos were taken at our office in Madrid. The first –amazing– one is by Emilio P. Doiztúa. 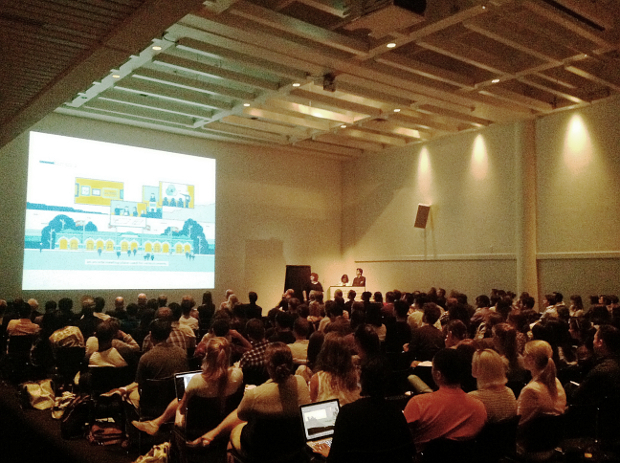 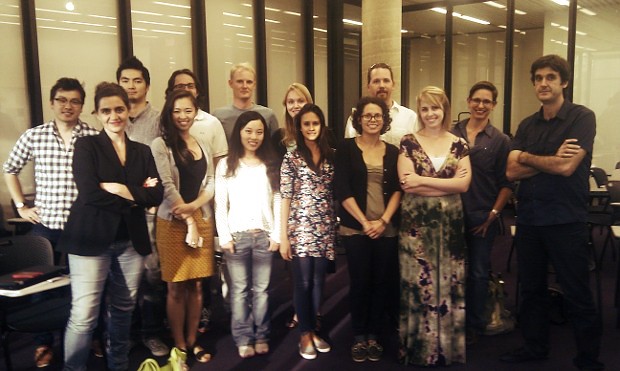 The boundary between public and private is shifting. The one between personal and professional is becoming increasingly blurred. This rapid evolution has led us to conceive and experience physical space differently than in the past. Real-time connectivity, ubiquity, unlimited access to large flows of information and knowledge, have also altered the way we relate to and work with each other. However, despite those rapid social and technological changes, city planning processes worldwide remain dull, bureaucratic and insensitive to how humans experience the city.

This studio will bring an alternative to the traditional way of designing cities from a bird’s eye view, and a single designer’s perspective. It will not only examine the physical dimension of the city, but also its social processes and fluxes.

Students will be encouraged to use this data to develop individual and collective initiatives that generate spontaneous transformations and set up conditions for change instead of delivering a completely finished product.

In a connected world, an urban design should be the result of an open and multilayered network of creative designers, technical experts, citizens and stakeholders. The studio will challenge the students to develop designs that reconcile the existing physical conditions—that respond to lifestyles from the past—with the emerging needs of the citizens through network design thinking.

We will also explore the new role of a designer as an activator, mediator and curator of social processes in a networked reality in which citizens have shifted from being passive receivers or consumers to active producers or prosumers.

00 #networkedurbanism
We are presenting our option studio called Networked Urbanism:

01 What?
Urbanism is the mirror where other aspects of society and layers of information reflect. Architects, Sociologists, economists, geographers, seem to be cloistered in their specificconceptual worlds and focus on developing only certain aspects of the problem linked to their interests and profession:

We believe that in today’s connected world, an urban design should be the result of an openand multilayered network of creative designers, technical experts, citizens andstakeholders, combining design with data, needs, inputs. As David Harvey states in his article The Right to the City:

“The right to the city is not merely a right of access to what already exists, but a right tochange it after our heart’s desire”

Within this new context, it is necessary to explore the new role of the designer as an activator,mediator and curator of social processes in a networked reality in which citizens haveshifted from being passive receivers or consumers to active producers or prosumers:

In addition, Internet is the “space” where the most successful models of collective creationand self-organization are taking place. Internet is the most democratic space, the platformwhere every citizen can express him/herself freely and horizontally, the space where ideasflow in every direction.This studio will bring an alternative to the traditional way of designing cities from a bird’s eyeview, and a single designer’s perspective. It will, not only examine the physical dimension of the city, but also its social processes.Students will be challenged to develop designs that reconcile the existing physical conditions-that respond to lifestyles from the past- with the emerging needs of the citizens throughnetwork design thinking.

02 How?
In contrast with a more traditional way of teaching in which information goes unidirectionally from ‘knowledge-owners’ to ‘knowledge receivers’. We do apply the concepts of active learning, which focuses the responsibility of learning, on learners; learning by doing, an active constructive learning process, and networked learning, a process of developing and maintaining connections with people, information and communicating in such a way so as to support one another’s learning. The central term in this definition is connections. Connections among students as well as connections between students and information:

We will become a networked group using a studio Twitter network for sharing knowledge,experiences, references and comments throughout the whole process.

This course is for active, curious, versatile, open minded and creative people regardless their previous background, experience or computer skills.

We understand our role as designers is challenging since one has to overcome all kind of obstacles. So we want to make of this studio a training experience.

You could either be a MacGyver type of personality, being able to implement amazing devices from a piece of cardboard, a chip and chewing gum; or a computer geeky updated version of NEO in the movie Matrix, working on his own individually in a room but actively connected to the network community. You are all welcome.

From all the possible /fascinating cities worldwide, we decided to explore the city that surrounds us: Boston.

04 Where?
Students will be encouraged to explore and discover its community, economy, social networks, environmental challenges, digital layer, physical infrastructure, public space, and more. Creating connections and links between existing initiatives and their own projects.

Instead of experiencing just the physical sphere of the city, we will arrange an anthropological tour to meet interesting professionals who are dealing with urban issues in different ways and by different means. This will give us a different perception of Boston, revealing layers which are currently invisible to us.

05 When?
Instead of air-commuting, parachuting and landing every two weeks, we decided to camp this time.
We will be based in Boston to share the experience with you and make the most out of it, so we will be available every week with studio meetings on Tuesdays and Thursdays. There will be both collective and individual sessions.

In addition the group will be real-time connected with Twitter.

06 So what?
Outcomes from our different teaching experiences are diverse: from socially engaged projects working with the community to designing a responsive interactive façade and building a prototype of it. From working with Arduino electronics, to instantly transforming a deprived corner of the city by hand work getting new reactions from people.

From creating a digital interface to enhance community networking to building a mobile kitchen as a catalyst for the activation of a central city square.Spain, Norway, Denmark, France, Italy, Bahrein, US … different environments and different cultures but always a lot of shared energy and enthusiasm. We are very happy to say that some of these projects developed within the studios grew beyond the academic boundaries becoming professional investigations and businesses:

ecosistema urbano is a Madrid based group of architects and urban designers operating within the fields of urbanism, architecture, engineering and sociology. We define our approach as urban social design by which we understand the design of environments, spaces and dynamics in order to improve self-organization of citizens, social interaction within communities and their relationship with the environment. We have used this philosophy to design and implement projects in Norway, Denmark, Spain, Italy, France and China.We have a background in architecture and urban design and we build buildings, we organize demonstrations, we design urban strategies, working in both the physical and digital spheres. We are currently exploring new ways of engaging citizens into urban design matters.

DREAM YOUR CITY is our latest project, developed for the city of Hamar in Norway. It was officially presented short before at the opening of the Biennale of Architecture in Venice:

We hope you enjoy it and get some inspiration for the Fall! We are thrilled to be back here at the GSD and we are looking forward to start!