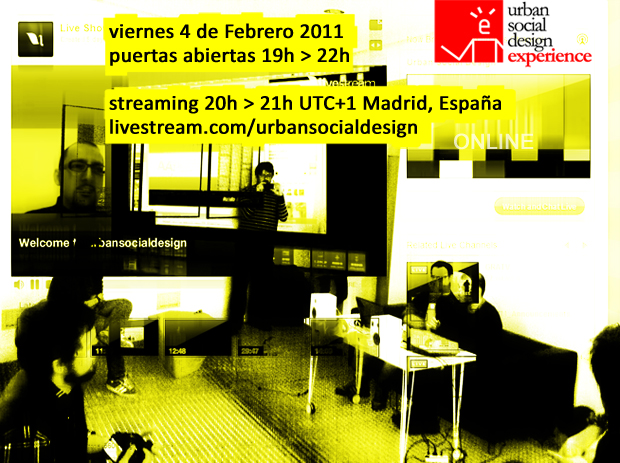 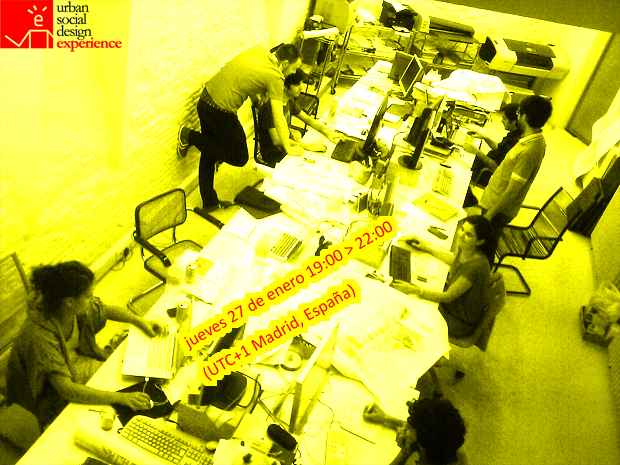 In order to achieve the Post-Master called Urban Research Lab Sardinia – Environmental Design at the Università di Sassari (DAP), in partnership with the Dessau Institute of Architecture (DIA) of Anhalt University of Applied Sciences, an article will be published about the project made during the italian period, under the supervision of Ecosistema Urbano: Punto d’incontro.

This is an excerpt of the introduction, including some references and case studies.

The role of the architect

The role of the architect has always been, throughout ancient and modern history, a reference point for the city growth and development. Nowadays, this figure is undergoing a massive transformation, which cannot ignore social aspects. The modern architect helps to integrate production processes within the spaces users live and use in everyday life.

The article aims to present an experiment that was personally led in a very specific local community in Sardinia (Italy) which is affected by logistic, economical and management problems. Through theoretical studies and personal analysis of a variety of existing projects, a detailed process was drafted in order to suggest a strategic action plan.

Western society has scarce resources and the European architect often asks the following question, what can I do now without nothing? In this hard times, it is far more difficult for closed solution to be imposed by a power minority than for specific temporary actions to be applied based on grassroots talks, because sensitivity is high and social groups are highly resistant to accepting any changes which have not come from within their ranks. Ecosistema Urbano (2011). “Negotiating at all level”. A + T 38. 120 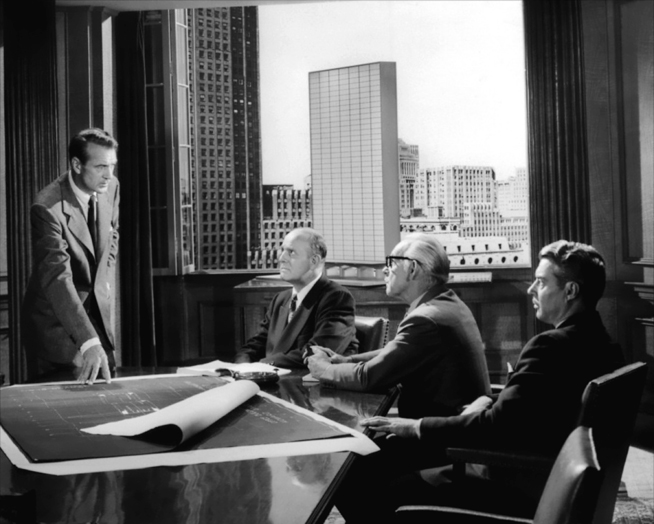 The first input to the change came with the drafting of Agenda 21, a voluntarily implemented action plan of the United Nations with regard to sustainable development. It emphasises that broad public participation in decision making is a fundamental prerequisite for achieving sustainable development. The main goal is trying to involve the local communities in the construction process of the future of the cities. When public space is concerned, there are two ways to run over: strategy and tactics. Both are tools of equal value, but with different typology of method; they are usually known as top-down or bottom-up processes.

Tactics are actions which take place on enemy territory while strategy is always enacted on home ground. Which can lead to an immediate run-of-the-mill sharing out of roles: strategy is an instrument of power, tactics are used by citizens; strategy occupies space, tactics play out in time; strategy is used to control, tactics to protest. De Certeau, M.(1988). The Practice of Everyday Life. University of California Press

Recent developments of these concepts became well known under different name, but in essence they are all the same.

Tactical urbanism. It is defined as small-scale improvements in an effort to effect large-scale, long-term change.
Placemaking. It is the act of enlivening public spaces and places for the betterment of the community and its neighbors.
Participatory design. It is an approach to the assessment, design, and development of technological and organizational systems that places a premium on the active involvement of workplace practitioners (usually potential or current users of the system).

The following scheme represents the stages of the experiment: 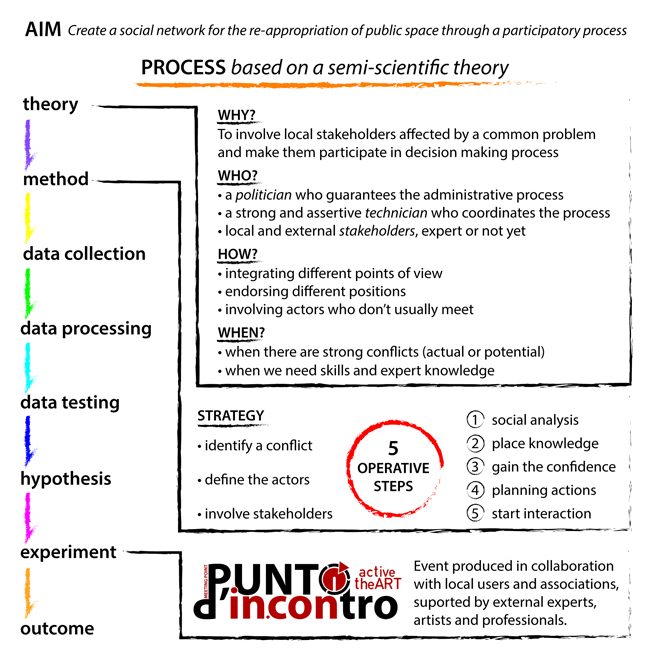 There was the necessity to analyze the theory, exploring some case studies and finding some references. This processes are already very disseminated all over the world, especially in USA and north Europe, where the citizens have a great sense of community and cooperation.

Nevertheless this research focused on the Mediterranean area, in this particular case in the Iberian peninsula, where the lack of organization meets high quality and creativity, typical of the Latin culture. Some of the cases shown here are real established structures, others are spaces under construction and constantly changing. The connecting link is always one of active participation.

An urban fragment, kept hidden for years, is now returned to the city in the form of LXFactory. A creative island occupied by corporations and professionals of the industry serves also has stage for a diverse set of happenings related to fashion, publicity, communication, fine arts, architecture, music, etc. 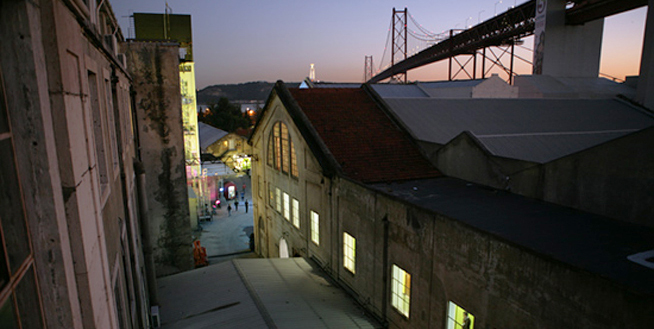 A group of neighbours called Distrito Centro promoted a temporary use of the vacant lof of a former public pool demolished in a district of Madrid, during the time in which the work planned for urban reuse was not to be carried out. The intention is that the space will accommodate all types of proposals/activities/projects (cultural, social, artistic, sport) for the use and enjoyment of the people of the district and all the city.

The old slaughterhouse and livestock market, where Matadero Madrid is now located, was built according with the project of the architect Luis Bellido. The site was architecturally transformed.
Matadero Madrid’s mission is to promote creation in all its forms and expressions. With special attention to cross-sectorial propositions, it focuses on three main action areas: training, production and dissemination. 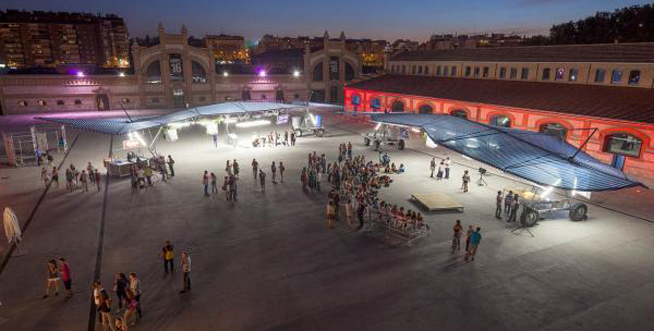 Fabra i Coats is a multidisciplinary space which will be promoting artistic hybridisation to become a point of reference in artistic research and in the generation of new quality contents, as well as a meeting point for groups, creators and proposals from different spheres and backgrounds.
The goal is to give support to artistic creation and it has workspaces for the performing arts, music, plastic and visual arts, multimedia creation and also for projects related to information and communication technology.

Sometimes these kind of actions are not supported by a physical space, but by the people that build their spaces through some collective iniziatives, occasionally supported by a politician organization or made by self-funded artistic groups.

It is a European exchange and learning programme promoting sustainable urban development. They enable cities to work together to develop solutions to major urban challenges, reaffirming the key role they play in facing increasingly complex societal changes. URBACT spans over 500 cities, 29 countries and 7,000 active participants.

Born in Strasbourg in 2009, this collective gathered energy around a common dynamic questioning of urban space. Through different means and different skills it wants to be a medium for experimentation. They believe that the different users of the city (residents and professionals) can all be involved in its development to a wide range of scales. The purpose and importance of these urban experiments is not only the result but also the process that generates it, as well as the new environment and new behavior it generates.

It is an urban art group formed at the end of 2001 in Madrid, Spain. Its members have diversity of perspectives, distinct visions which complement each other, and combine to create something unique and coherent.

It is a noprofit association that through the organization of various activities and initiatives (urban Safaris, workshops, lectures, recovery rooms) aims to contribute to these reflections, to encourage citizens to enjoy urban art, contribute to its dissemination and support its creators.

The final article will aim to give some semi-scientific guidelines to build participatory and inclusive societies. The new frontier of the architect should be to drive local communities in the management of public and private space, involving them in the construction process of the urban renewal. This is when the architect, as a highly knowledgeable technician, plays an essential role to mend the relation between politicians and common people. 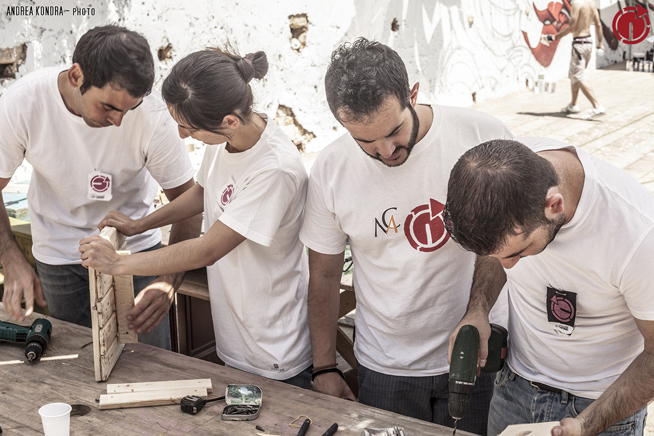