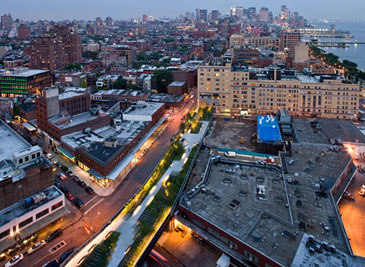 It’s a rare day indeed when we see [specially in urban scale] a brave project that amazes all of us, and I think this is one of those…
Apart from the “cool” new-yorker look, is some kind of relief that one of many awesome urban-scale proposals has been carried out. It had to happen in New York and lead the way in the U.S. of recycling and not demolishing when a construction stops being in use or is not profitable anymore. I suppose this frecuent situation is due to a lack of legislation to protect buildings that has special interest, but I think this is a cultural issue…

That kind of experiences encourage to find new ways to get public space or green areas in dense downtowns that doesn’t match open space ratios, and that is one of the main problems that we’re dealing with in Madrid downtown.
Maybe this unprejudiced way of thinking or inspiration is required to plan a public space that at least here in Madrid is ruled by a complex and hard town-planning, and also authorities are spread in lots of departments. In my opinion, we should be more flexible and blur the limits between public and private property and that can only be solved by a law that allow overlaying planning to negotiate that limits in specific situations efficiently to result in richer and varied public space. 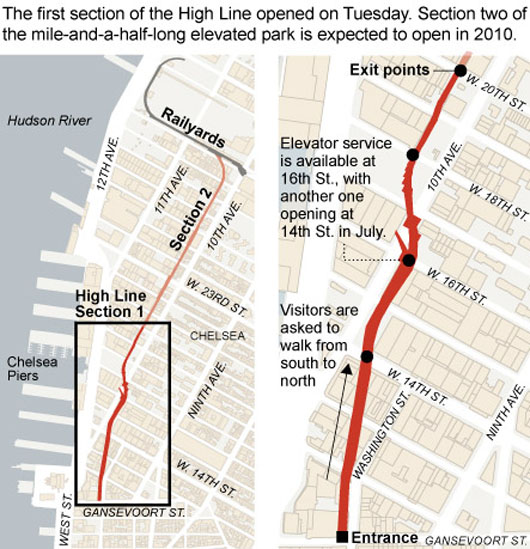 The High Line is a public park built on a defunct railway that runs 30 feet above Manhattan between 10th and 11th Avenues, from 34th Street to Gansevoort Street in the meatpacking district. The first phase opened to the public June 9, 2009.
The first portion of the three-section High Line, which runs near the Hudson River from Gansevoort Street to West 20th Street, will be open daily from 7 a.m. to 10 p.m. There are entrances at Gansevoort Street (stairs) and at 16th Street (elevator); exits are located every few blocks. 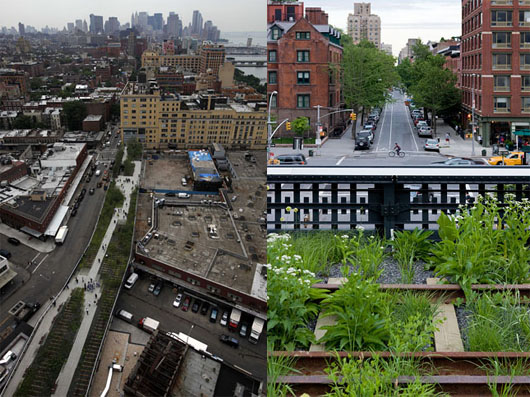 The second phase, which extends to 30th Street, is under construction and expected to be completed by fall 2010. The third phase, up to 34th Street, has yet to be approved.The project has already transformed the area near its 22-block stretch near the river, prompting some of the most ambitious development in the city in years. The first two sections of the High Line cost $152 million, according to Mayor Michael R. Bloomberg, $44 million of which was raised by Friends of the High Line, the group that led the project.
The elevated rail line, which opened in 1934, was originally designed to replace street tracks that led to many pedestrian deaths. The High Line was built to last — it can support four fully loaded freight trains — but it was gradually replaced by trucks and an interstate highway system. 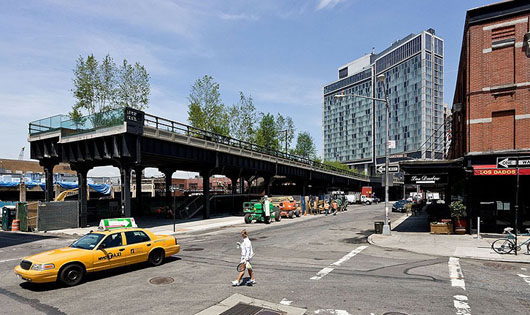 In 1970, the High Line was cut at Bank Street, and 10 years later the route closed entirely. The owner at the time, Conrail, was happy to surrender the line to Peter Obletz, a visionary whose hopes for resurrecting local passenger rail service ultimately fizzled. Were it not for the quixotic efforts of Mr. Obletz the structure might well have been demolished a generation ago.
For Mr. Obletz, the railyards west of Penn Station were not a hotly contested development opportunity, but literally his backyard. Beginning in the late 1970s, when the western fringe of Hell’s Kitchen was such a forbidding wasteland after dark that cabbies would not take riders there, Mr. Obletz lived in the railyards in a formerly derelict concrete-block railroad building near 30th Street and 11th Avenue. Next door, on a spur of track, he kept two elegantly appointed antique rail cars he had obsessively restored.
A train buff’s train buff, Mr. Obletz worked as a real estate consultant for the transit authority and gave elaborate dinner parties in his gleaming, 68-ton Pullman dining car. Places were set with New York Central Railroad china and flatware, with the host sometimes attired in a blue velvet smoking jacket and saddle shoes.
Mr. Obletz’s efforts ultimately failed, but drew attention to the tracks and kept the wrecking ball away. In 1999, as the neighborhood was beginning to move upscale, a community group was founded called Friends of the High Line that spearheaded the effort to create a park. 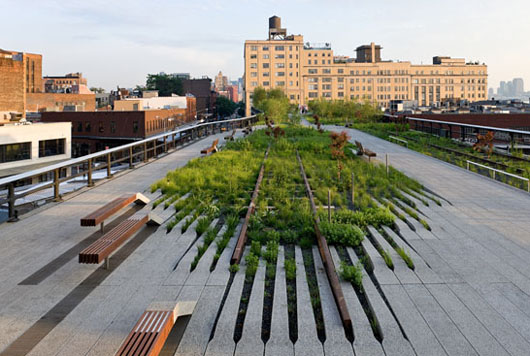 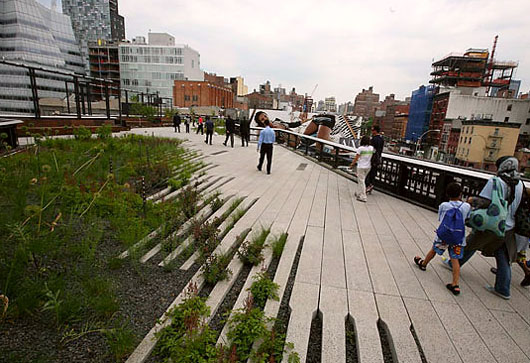 The High Line park, designed by an architectural team from Field Operations and Diller Scofidio + Renfro, is meant to offer a retreat from street life, a bucolic space floating 30 feet in the air with Hudson River views. Yet it will retain many elements of its gritty past: graffiti is prevalent on the buildings it winds through, and some of the rails have been restored in the park. That the park — which grew from an idea hatched in the 1990s into a $170 million project — is being built at all is a marvel. 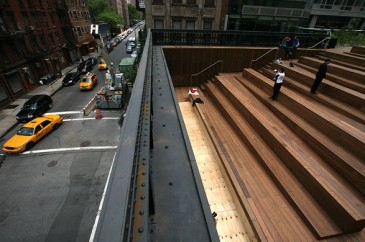 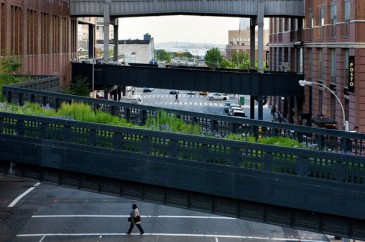 Much of the designers’ work has been devoted to seeking a balance between preserving what one called “the romance of the ruin” — wild grasses growing up through the metal skeleton of rails and rivets — and creating a fresh green corridor for pedestrians.
Condominiums, hotels and office buildings designed by architectural talent like Jean Nouvel, Annabelle Selldorf, Renzo Piano, and the Della Valle Bernheimer firm are sprouting along the park’s span. André Balazs’s 18-story Standard Hotel, designed by Polshek Partnership Architects, is the only new building that rises directly over the elevated park. The towering structure is supported on massive concrete pillars, while a ground-floor restaurant and garden cafe are tucked underneath the High Line’s hefty steel frame.
But some developers are feeling discomfort as their grand plans run up against a deteriorating economy and credit squeeze. Even the High Line district, as it is being called, cannot escape the tightening economic vise. 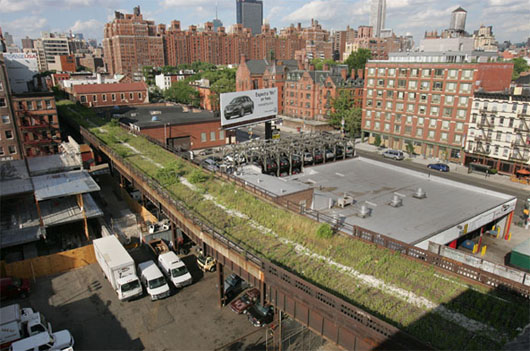