“Twenty-four shipping containers are retrofitted and transformed into PUMA CITY, a transportable retail and event building that is traveling around the world along with the 70-foot long Puma sailing boat – il Mostro – during the one-year long 2008 Volvo Ocean Race, just started in Alicante, Spain in early October.
The building is fully dismountable and travels on a cargo ship along with the sail boats; it will be assembled and disassembled a number of times once it reaches the different international harbors. 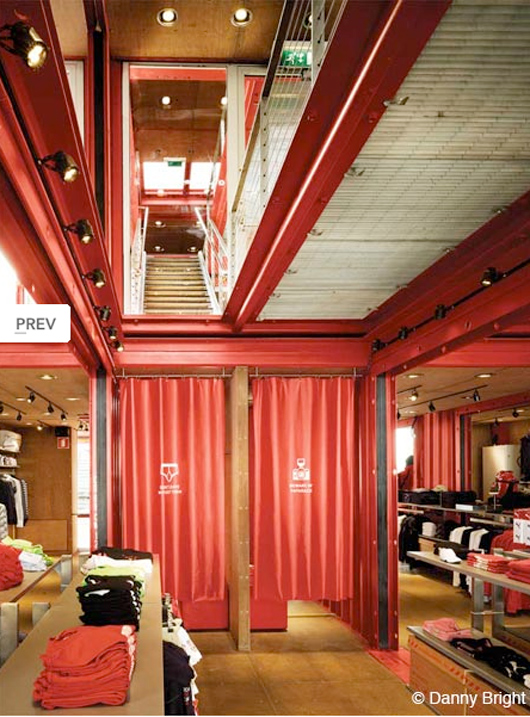 The building is conceived as a three levels stack of containers, shifted to create internal outdoor spaces, large overhangs and terraces. The stack is branded with the super-graphic logo of the company – fragmented as a result of the stack shift.
Puma City is comprised of two full retail spaces on the lower levels, both with large double heights as well as with 4-container-wide open spaces to challenge the modular box-quality of the container inner space; offices, press area and storage occupy the second level and a bar, lounge and event space with a large open terrace is at the top.
The building uses 40-foot long shipping containers as well as a number of the existing container connectors to join and secure containers both horizontally and vertically. Each module is designed to ship as conventional cargo container through a system of structural covering panels that fully seals all of its large openings to be removed on site to re-connect the large, open interior spaces.

Puma City is a truly experimental building that takes full advantage of the global shipping network already in place. At 11,000 square feet of space, it is the first container building of its scale to be truly mobile, designed to respond to all of the architectural challenges of a building of its kind, including international building code, dramatic climate changes, plug-in electrical and HVAC systems and ease of assembly and operations.” 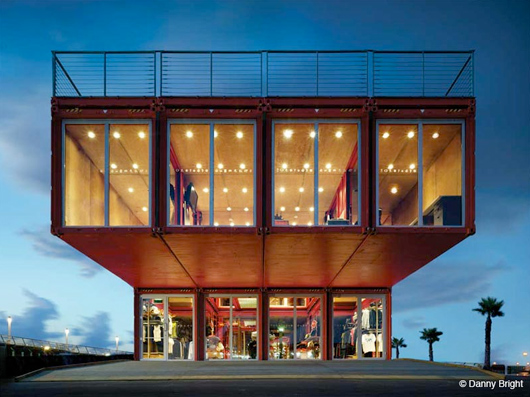 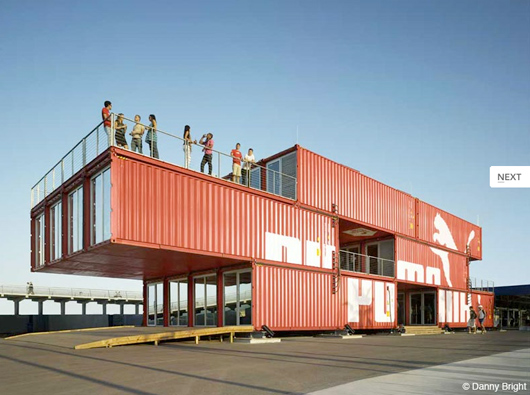