Public Space for the Extreme @ GSD-Harvard 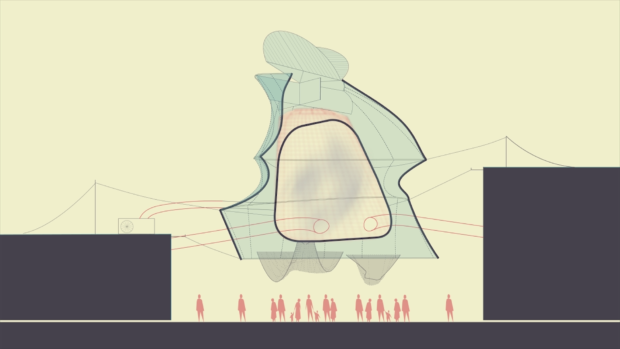 During 2015 spring semester Ecosistema Urbano principals Jose Luis Vallejo and Belinda Tato taught a studio at the GSD in Harvard, focused on the design of socio-environmentally responsive public spaces for the city center of Muharraq, in Bahrain. During the semester the students worked to develop ideas and designs to improve the few remaining public spaces in the city, almost completely wiped out by the continuous transformation of the antique city fabric into a contemporary -and rather generic- one, that basically followed the “wide car street + housing block” development pattern, during the last 50 years the city has completely lost its contact with the water, substituted by a wide belt of highways and also its interstitial, small public spaces, almost completely transformed into parking lots. Always considering the climatic conditions that can be easily defined harsh and extreme, the aim of those projects was to foster the use of public space, in a city where public space is not only often abandoned and absent but also where the right to meet and gather is strongly discouraged.

The ideas the students came up with generally had a technological approach, most of the projects contemplate the design of new devices and systems that combined the use or reuse of local resources to mitigate the extreme conditions of the climate. In this second post about the design of public spaces for the extreme, we are going to take a look at the projects:

Breathing Streets considers the streetscape as the new form of public space for the city of Muharraq, due to the lack of proper public space the streets have transformed into the new social hub and gathering point for the citizens, especially at night when the temperature lowers. Breathing streets deals with the microclimate of the streets intervening mainly in three aspects: shading, lighting, and cooling.

The system is composed by a main element placed in an open plaza constituted by a textile membrane structure that mechanically pumps cooler air to the adjacent streets through secondary textile tubes and creates a chimney effect that allows the hot air from the plaza to escape upwards creating a fresh air current.
The tubes are provided with LED lights to provide lighting to the otherwise dark Muharraq streets.
Full text written by the authors Nan Liu and Adelene Yu Ling Tan, can be red here.

M+ is a project focused on the residual spaces of the city. Considering the poor social interaction between the various communities in Muharraq those residual small spaces are the key to improve the social integration and the use of the small existing public spaces in Muharraq. Taking advantage of fine conditions of ventilation and shading the project develops a new inexpensive treatment for cotton fabric that collects water water from humid air.

The proposed fabric is much more hydrophilic than the fabric by itself and responds to the variations of temperature absorbing and releasing the water like a sponge. This fabric is incorporated into modular elements that also provide shade and which composition can be fitted in any place, from small patios to larger plazas. The water produced by the treated cotton fabric can be used to grow plants, like for example, mint that is traditionally used for infusions.
Full explanation by the authors, Haotian Tang and Tiantian Wei can be found here.

The aim of this project is to create a network of urban oases in Muharraq, Bahrain historically has been an island sitting on a big aquifer that allowed the Bahrainis to prosper and even grow vast plantations of date palms, even nowadays only the 25% of the water used in the island comes from desalinization plants, the rest comes from the aquifer, but with the vertiginous demographic growth that occurred in the last 50 years the water usage has grown exponentially causing the level of the aquifer to descend notably. Spore focuses on the problem of the water consumption and water reuse to improve the public spaces of the city while producing fresh water.

The project is organized in three phases.
In phase one a modularized canopy will function as a distilling machine to produce fresh water that then flows down from the canopy to create water experience on the ground.
In phase two reverse osmosis technology is introduced to purify the domestic sewage collected from the neighborhood. The water is then used to irrigate the trees in the square nearby. We even have a relatively bigger version, a community park.
And finally in phase three water treatment plants are used to replace the Reverse Osmosis system in Phase 2 to purify black water. The purified water will be used to irrigate the trees and grass on the roof transforming the roofs in urban oases.
Full text and explanation by the authors, Meng Zhu and Haoxiang Yang can be found here

During the development of this project the students have defined the numerous conditions that effect the public space in Muharraq: size, context, time of the day, program, design elements… combining all those factors will surely produce different designs that cannot be defined a priori as they show in the video. Later they focus on the design of a flexible system of objects that can be placed in various squares to widely improve the socio-environmentally conditions of the place. Pole to go offers a low cost cooling mechanism that allows for more social interaction on the street level.

An extensible and light aluminium mast is used to support a bioclimatic device that will guarantee better climatic conditions in the spaces where it will be installed fostering a better social interaction. The device is constituted mainly by a conic canopy, open on the top, and supported by adjustable ribs, because of its form this element will cause a chimney effect cooling the lower part of the plaza while providing also shading. A slow rotation turbine, integrated in the chimney, will possibly generate energy from the cooling process powering the technological elements that will make this device interactive. Urban furniture also have an important role in this project, water filled seats that can be moved in the square serve both as sitting devices and thermal energy accumulators that will release thermal energy during the night.
Full text and images by Hayrettin Gunc, Joyce Lee and Carolina Sendoda Yamate can be found here.

String and Stitch / Together Again

This project reflects on the role of public transport in the reconnection of Muharraq with Manama and the connection between the two cities with the sea. The historic areas of the two cities were once directly facing the sea but now, after the reclaiming process that created new coastal areas the old city is always separated from the coastline by one or more highways and other wide infrastructures. They design a bridge, both an architectural and urban fact, that will connect one of the main public spaces in Muharraq with the public transport system, improving its efficiency, and with the water, creating a continuous line that will stitch together these fragments of the city.

The architectural intervention that will link this connection is a bridge that spans from the historic city’s fabric, over a transit hub and highway, and into the sea.
This new bridge serves several purposes. It is made of a lightweight wood and steel construction that allows for it to span great distance. It uses textile to provide climatic comfort, and sustainable technologies to power itself. It starts at the old Muharraq’s suoq which is accessible from the Pearl Trail, a cultural route with several important historic landmarks, and establishes a covered public space that can be used throughout the day as the new fish market or a gathering place at night. The bridge continues over a road and becomes an elevated transit hub for below. Further along the bridge, it crosses over a highway built in the 1960s that further isolate the historic city from the water. The bridge continues all the way into the water with a floating barge and welcome people to interact with the sea. The end point stitches back the old fabric of the city to the sea, while jumping over several obstacles to be functional as a pedestrian path, transit hub, and public space.
Full text about this project by Thien Nguyen and Ling Chen can be found here.

This post is the second of a series, here you can read the first one: Public Space for the Extreme. Defining the Extreme