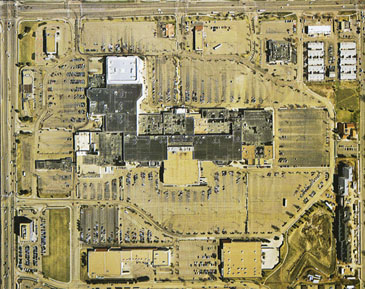 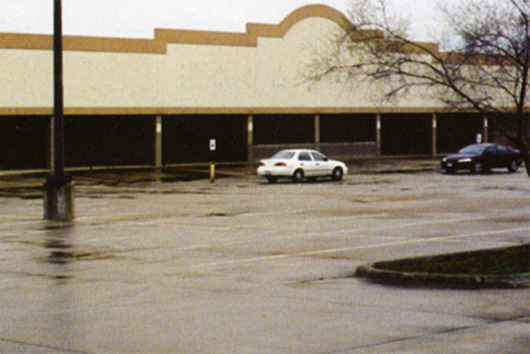 PM: Your book puts a lot of new terminology out there—ghost boxes, dead malls, superblocks—but what response do you get to the title of the book itself, Retrofitting Suburbia? What do people assume you have in mind?
Ellen Dunham-Jones, AIA: Urban designers and planners usually have a clear idea what I mean. People not in the field project all sorts of interesting things—they immediately think it’s additions to houses, small-scale work. The term “ghost boxes” [vacant big-box stores] makes sense to everybody, though. They’re just on everybody’s radar, and there are a lot of them out there. Everyone understands the scale of the big box, and wonders: Couldn’t it be reused in some useful way?

June and I were intrigued. Most conversions are occupied by another retailer, but then there are those that get a history of retail failing, and other businesses won’t touch them. That’s when they get new uses.

They’re often reused as much more community-serving entities. Not that retail doesn’t serve a community—but instead of having a private-use business, you have a public institution—a library or a church. You create a civic realm where there wasn’t one before. That’s a significant step.

The Denton Public Library, in the photo, was formerly a Food Lion grocery store in Denton, Texas. 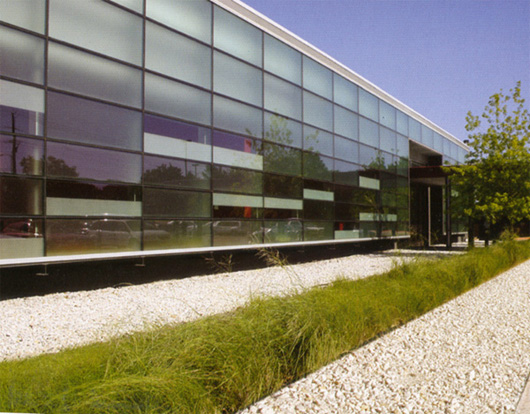 Your book documents several “success stories” of malls converted into town squares, and of places developing (and in many ways discovering) an urban identity for the first time. What do you think shifts in a suburban population that makes them want this urban experience?
Nobody knows, and there’s lots of speculation. But we found, over and over in interviews, people being really sad when their mall had died. “I had my prom in that mall,” they’d say. They attribute the mall with a lot of bonding, a lot of time growing up—they really loved their malls. When it died, the first reaction was: Let’s find a developer to fix our mall. Most people didn’t want a downtown-type structure, they just wanted their mall back. It takes a paradigm shift, like the example of Belmar (see pictures at the top). 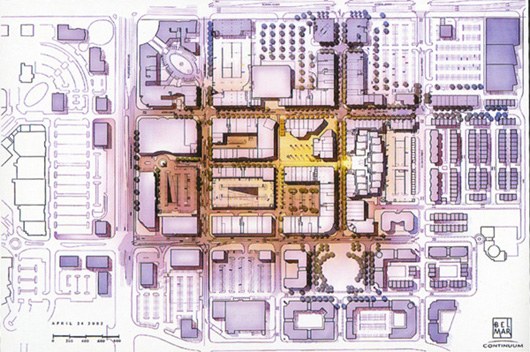 Belmar was built five miles outside of Denver, and originally had no desire to be urban at all. But by the time the mall died, the surrounding suburban community of Lakewood, Colo., had become the fourth-largest municipality in the state. They had put in a library and a city hall, but it was set up like a strip mall. They eventually found a developer for the property who said “I won’t redevelop the mall, but I’ll give you a town center.” It took a while, but they bought in, completely.

What particular challenges does retrofitting suburban development present, as opposed to urban infill?
Part is a cost issue. People know urban land is expensive, and generally the more expensive the land, the more one is willing to invest in its buildings. So in general, urban buildings tend to be better-built.

Retrofitting in the suburbs is trying to build at urban densities, in urban-housing types, but still in a suburban market. You have to find ways to get price points competitive with what is generally cheaper stuff. [Even when retrofits develop] great urban streetscapes, they still have to conform to suburban parking ratios. That adds to cost. Build the same building in New York City, you wouldn’t be adding a parking deck.

Developers are in a tight balancing act, because they’re competing with urban places that don’t have to provide parking, and with conventional suburban apartments or homes. They’ve done well, but it’s not easy.

Your say about Santa Fe, N.M., that its “high quality of place is not the consequence of any single building. Rather it is the result of the collective shaping of spatial and tactile experiences by multiple buildings, in concert with the public realm.” Care to elaborate?
Almost all of us feel a love for cities that have developed over time. There’s a feeling of authenticity, a feeling that I belong to something larger. The mark of previous generations is there. It provides a sense that others really cared about this place, and that I should care too. Intergenerational obligations come forward in a place like that.

In Santa Fe, it’s not as if a sense of place is happening out of individual decisions—they zone it; it’s law. And the law was consciously adopted in 1908 as a tourist idea. The point is, it’s not the single iconic monumental building. Architects refer to that as the Bilbao effect—this sleepy, small industrial city gets this “wow” building [the Guggenheim Museum], and The New Yorker is writing stories about it. Santa Fe is the opposite of that—there’s not the one single building, but there’s a central plaza, where you can walk, perch, participate or observe.

So how does a suburban retrofit synthesize that history in one fell swoop?
It’s hard. In a lot of retrofits, there’s too much instant architecture—cookie-cutter buildings not well thought out. But as long as you get the urban bones in place—walkable streets, public space, less need to drive—the buildings will change over time. You might get instant architecture at first, but it’ll get modified.

For example, Morningside Heights in New York City was built over 15 years, on a mall-size parcel. Nobody thinks of that as instant architecture now, but it was at the time. Huge chunks of Boston and Brooklyn—some areas that are treasured and valued now—were dismissed as mass-produced for the mass market, the lowest of the low.

It’s hard to build a new neighborhood and have it feel real. Once it’s more than just one building, you get the sense it feels fake, instant, phony. June and I decided we have to get over that: If it feels fake and phony at first, it’s okay. As long as it’s getting us to a more sustainable system.

Do any particular communities strike you as filled with unusually great potential? Or is there one major city that stands out as having an ideal retrofit-in-waiting?
Most of these projects are happening in the first ring of “bedroom suburbs” built soon after World War II, in places where there was no desire to be urban. Then they were leapfrogged by a development further out, then leapfrogged again as another mall opened and killed the earlier mall. Through the same process that killed the first generations of suburbs, the properties that were at one time on the edge now have a relatively central location.

Denver seems to have a lot of opportunities. Washington, D.C., has a lot. Atlanta has a lot of retrofits, but they’re not the best designed. Living here, [as director of the architecture program at Georgia Tech] I’ve gotten a sense of what’s going on, but it was hard to show off what we’re doing. Once a city does one successful project, the developers, realtors, banks and planning officials all get a better sense that it actually works. That first one, though, can be hard to get started.