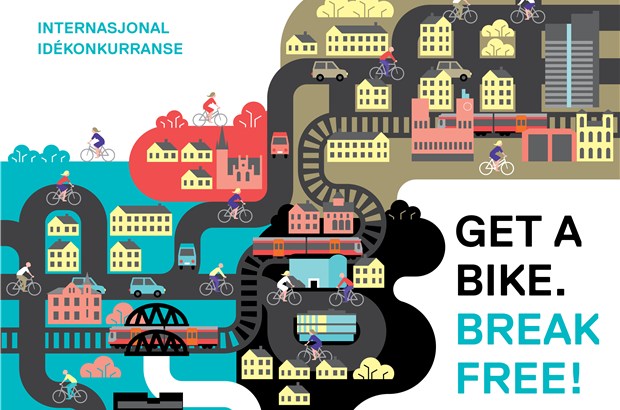 Ecosistema Urbano has been honored with a commendation —a secondary prize— under the Bicycle Open category out of 78 proposals, being the only Spanish submission selected —the rest coming from the central and northern regions of Europe, mostly from Norway.

Our proposal, called BikeLine, combines the physical and virtual spaces of the city in a light, resource-efficient and simple approach that aims to connect the social, economical and cultural life of the city to the bicycle as a means of transport. This way, it can be developed as a complementary action to other cycle-friendly measures. 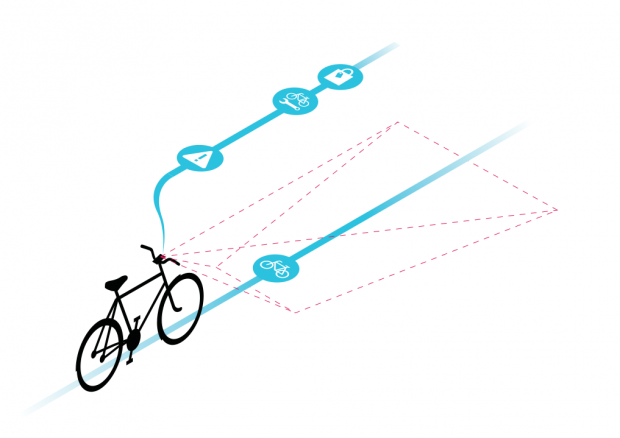 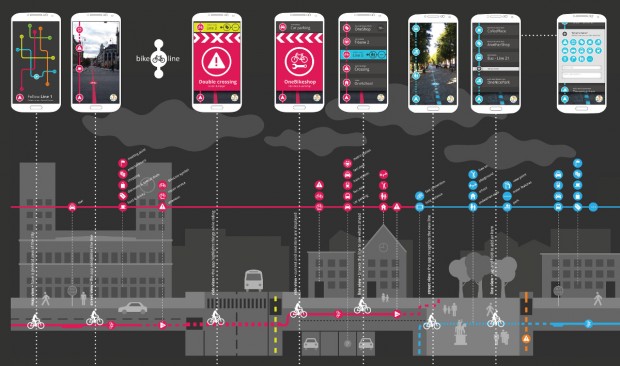 In this proposal streets are marked up with different colours, to make the bicycle network in the city more visually apparent. Applications for smart phones provide cyclists with information about traffic on the route they are taking. Cyclists will also have access to extensive information about businesses and services along their route, including information about discounts and special offers in shops. By logging on cyclists can save their routes, publish information for other cyclists about cycle routes, and communicate with one another. This combination of features makes it possible for both public and private stakeholders to communicate using the same system.
The jury conclude that the proposal is progressive and realisable. Combining maps with public and commercial services creates a common platform and gives the opportunity to include a reward system for cyclists. The proposal should be commercially viable as it would serve as a marketing channel to cyclists. This could provide the necessary financial incentive to further develop the idea.

In a next post we will get into more detail about this. For the moment, all the selected ideas are available to download as PDFs here: 78 submitted proposals: Get a bike. Break Free!

Official web site for the competition: Get a Bike
Video from the seminar and award ceremony