Last year, the Amsterdam design bureau Carve developed a plan for a new public square in Dordrecht, The Netherlands. Carve specializes in the design and engineering of public space for use by children and young people. Their plan for the new square in Dordrecht, named Governeurs Plein, included five open spaces for the addition of unconventional play objects.

In cooperation with the Centre for Visual Arts in Dordrecht, Carve invited 10 design firms to develop inventive, resourceful and multi-age friendly objects to complete their final design for Governeurs Plein. Ecosistema Urbano and the nine other bureaus invited submitted the following Proposals:

The Following Proposals are the Chosen Winners 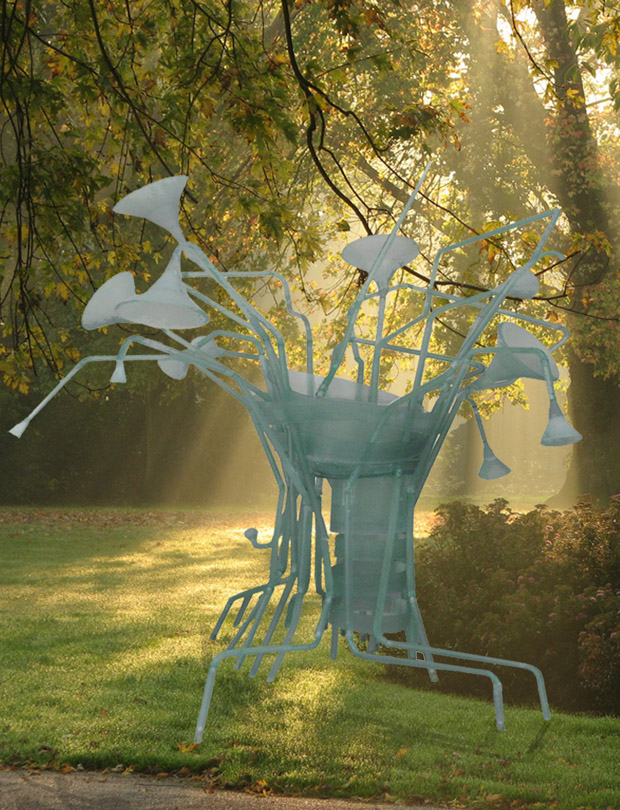 The Berlin based architecture and urbanism agency have developed a children’s climbing structure intallation that they call Drachenbaum (dragon tree). The funnel shaped protrusions have different functions. One acts as a talking tube while others serve as lamps. The Drachenbaum may incorporate water, as the tree symbolizes photosynthesis. 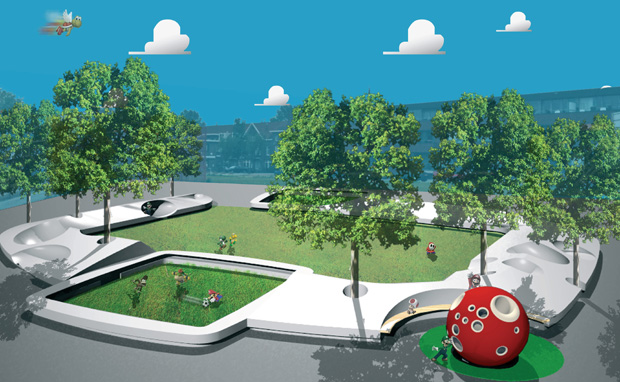 Another Berlin bases agency, OSA, has designed a large spherical metal play installation. The sphere has been designed so that different sized holes allow for children’s entrance and exit of the structure. The holes also serve as foot holds, so children can climb it as they would a climbing wall, and basketball fans can use them as inventive hoops. The structure can tilt up to 15 degrees, which poses a balancing game for the little users. 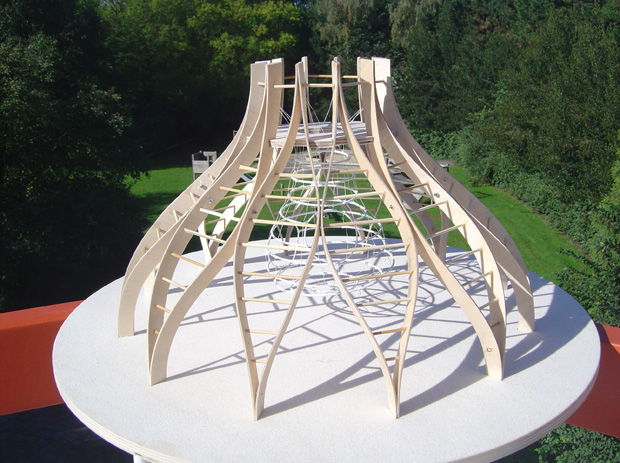 Onix has designed their Monkey Cage with calm and simple design. The wooden frame mimics the design used for traditional boatbuilding. This structure will serve as a quiet place where children can sit, swing and climb. 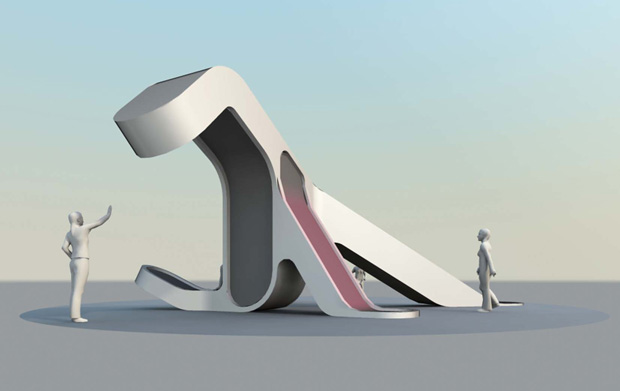 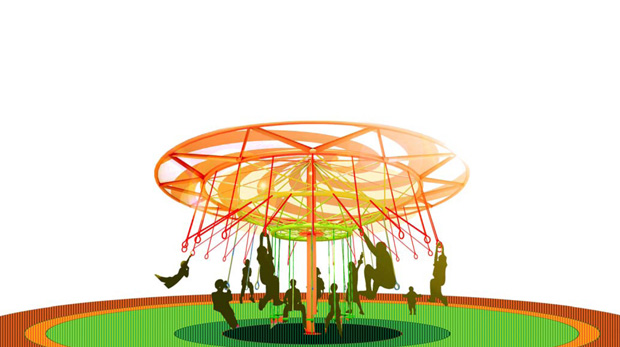 Our carousel has been designed to serve as meeting place for different age groups. Different length ropes hang from a simple canopied structure that rotates when children play. The kinetic energy by rope tugging and rotation is then harnessed for storage in an underground battery. When the sunlight dims, the carousel’s LED lights light up different colors, according to the amount of energy stored in the carousel’s battery.