What is Ecological Design? comprehensive resource, waste and space management 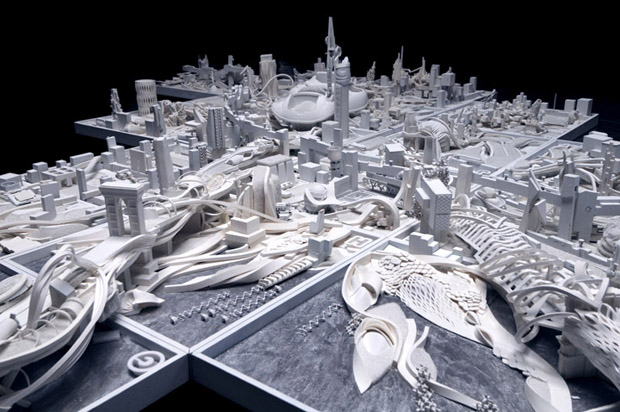 An average of 50 million people migrate to cities around the globe each year. As they do, more and more outside (rural) resources are being transported to cities while more and more waste is being transported out of cities to keep their populations comfortable. As global environmental and social pressures build under this unsustainable system (meaning, it won’t last – we’re drawing resources at a faster rate than they grow, and the waste is building up somewhere faster than it’s decomposing), new visions for urban consumption, waste, and space management are needed. To be clear, urbanism is not the problem we’re facing- the current design of urban spaces is. Built to serve the automobile, urban areas, as they exist today, promote the existence of an artificial boundary between the “city” and “nature” that have made it easy for urbanites to ignore their impressive impact on outside communities.

One way to meet future ecological challenges is through the design and development of self-sufficient communities– spaces that acknowledge their ecosystems and manage their own resources, eliminating the need to draw those of other spaces. Setting the boundaries of these communities will be important. Portland, Oregon, for example, Has been developing all urban planning within a greenbelt , or urban growth boundary, for years, in an effort to prevent American, suburban sprawl and it’s negative effects on rural ecosystems. Similarly, UK town planning adopted Metropolitan Green Belt policy around London in 1947, and has been in effect ever since. However, despite the environmental responsibility of sprawl prevention, these cities are still importing most of their resources from other communities. There is a necessity for ecological design to address both space and waste management to decrease urban-driven resource pressures on rural landscapes. 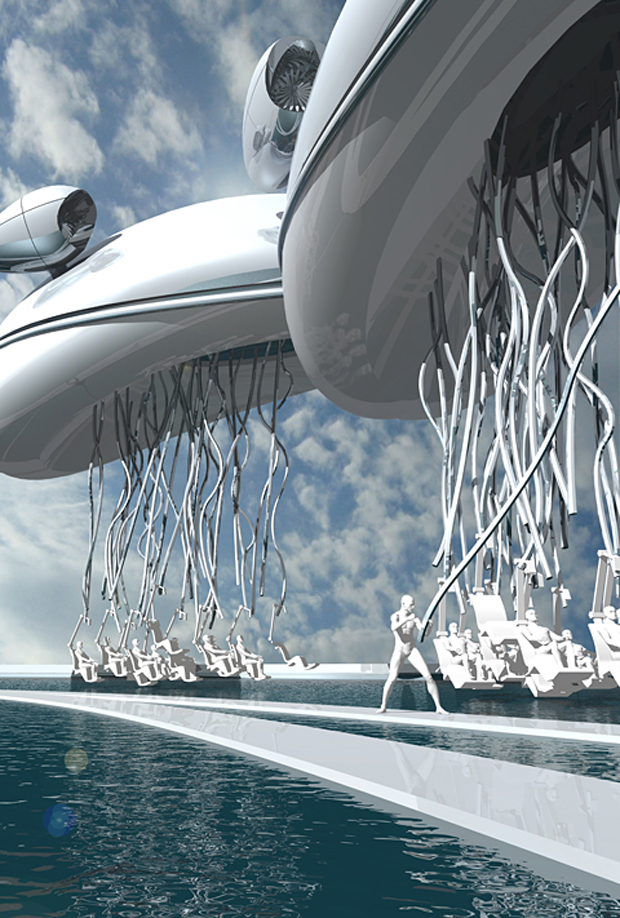 At their exciting studio in Brooklyn, New York City, Mitchell Joachim and his Terreform ONE [Open Network Ecology] design group, envision projects for the future of cities that both eliminate urban pressures on rural environments and promote innovative design processes. Urban-based mobility has been an important theme at Terreform ONE, where proposals for stackable “soft” cars, human-powered river gyms, bus blimps (pictured above), and the long awaited human jet pack have developed. The biotechnology constructed tree and meat architecture that Terreform ONE is researching  have also attracted a lot of attention. These innovative ideas have been shared at TED conferences (Joachim is now a TED fellow), the Colbert Report, The Economist’s Ideas Economy video Series, many many interested journalists, as well as with the NYU students whom Joachim teaches when he crosses the bridge to Manhattan.

It is Terreform ONE’s  radical re-imagining of the city as a ecological, biological, self-sufficient system, rather than focusing on an incorporation of carbon-curbing solar panels and other “green” technologies, that makes their work revolutionary innovative. The Planetary ONE Urbaneering Brooklyn 2110, City of the Future model presents a re-design initiative for NYC’s Brooklyn borough. The intensified version of Brooklyn supplies all vital needs for its population. Food, water, air, energy, waste, mobility, and shelter are radically restructured to support life in every form, making Urbaneering Brooklyn 2110 an exciting example of what future, self-sufficient communities could look like. 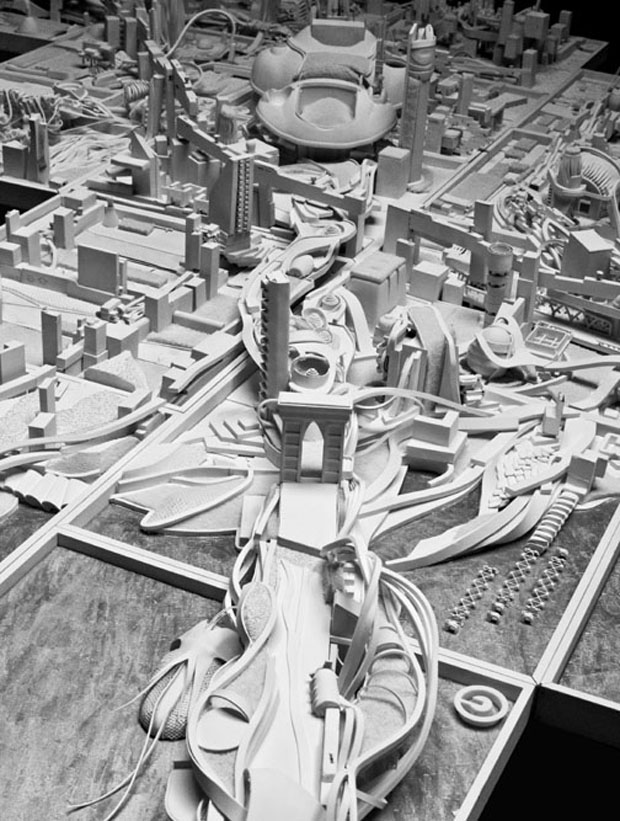 Using the existing street grid as a foundation for new networks, the Urbaneering Brooklyn project re-eingineers obsolete streets with radically robust and ecologically active pathways.  The construction of “ecologically active structure” is proposed with the use of natural grafting processes, supported with prefabricated CHC reusable scaffolds. 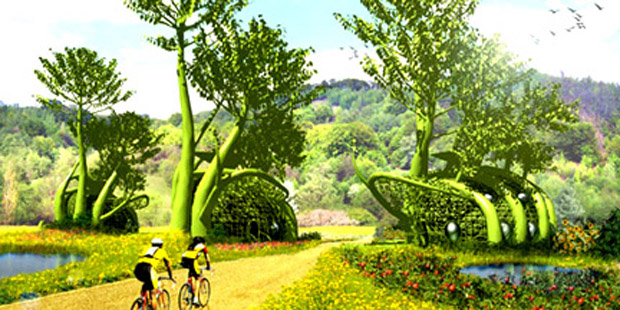 Radical envisioning of the future of cities is what gave us technologies like the elevator, which Joachim sites as one of the most influential technologies for architecture and urban planning. The ecological design research being advanced in his Brooklyn office provides cities with technological potential to bring together computer science, structural engineering and biology for comprehensive resource, waste and space management that also-  importantly – enhances the urban experience.