Orizzontale group set out to intervene once again in the borough of Pigneto in order to bring an abandoned square back to life. 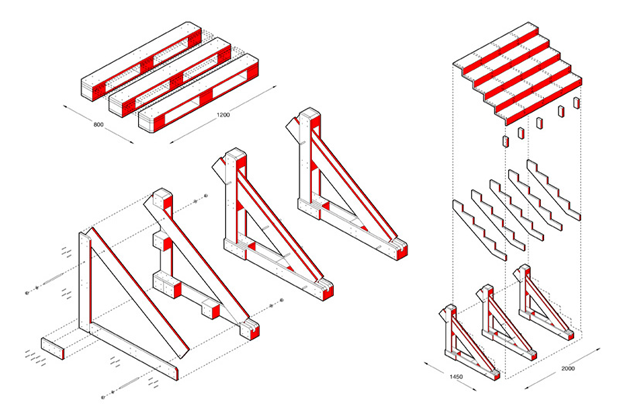 “Reactivating a place for the community, playing with the borders.”

“Imagining a different place, talking with the citizens.” 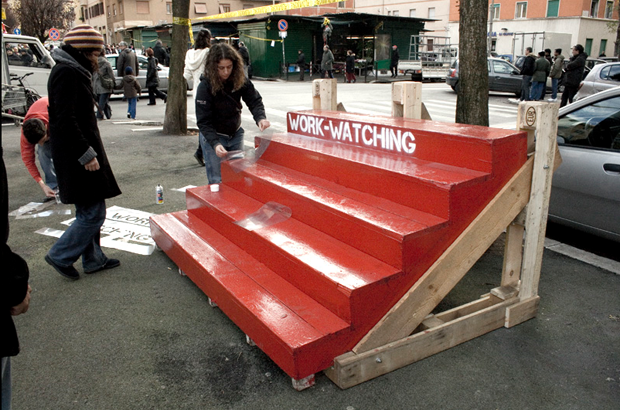 These are the goals of Orizzontale group who is operating a second time inside of the quarter of Pigneto, a very populous area in the East of Rome. Indeed, Orizzontale group had already worked in the same area, when it realized an installation called “Le orecchie di Giussano”. Nowadays, we are trying to spark off a process of reactivation of the area of Largo Perestrello, in Pigneto quarter.

Seven years ago an underground parking has been completed, under the area of Largo Perestrello, leaving a big empty area which has stayed enclosed and neglected.

Since that moment, none of the later local governments has been managed – or at least interested- to give a new aim to this potentially valuable space for such a populated area of Rome, rich of social interaction like “La Marranella” is. 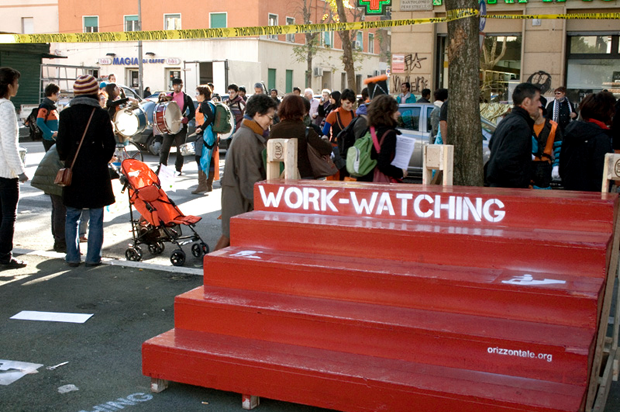 In the morning of the 27th of November, with the large participation of all the quarter, we have “opened“ the square, removing the mesh fences and we placed them inside the area, shaping a big question mark.

The intention was pressing for a reaction, or only to draw the attention to this urgent and neglected problem, like the theme of the lack of public spaces in the city.

The question that Orizzontale group wanted make for the local inhabitants was to ask them what they wished that space would become or how they imagined it. 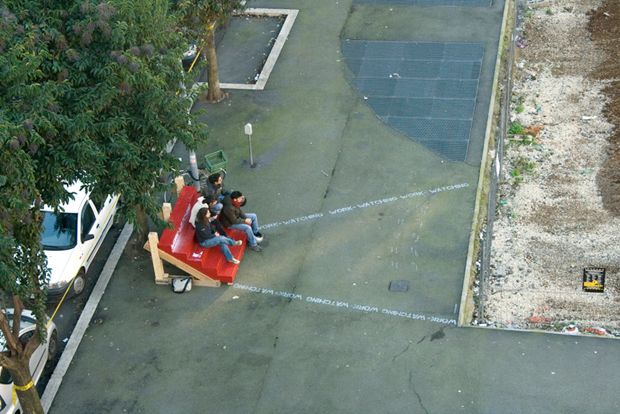 The original idea of Orizzontale group planned, as a second phase, the realization of an installation that could permit to use this place, the square of largo Perestrello, and that could prompt the citizens to stay in the square. The installation had to be unveiled on the 11th of December, when a demonstration of the quarter had to be placed. However, a week before of our intervention, the works for a new market (that now has been placed in a neighbouring square) started unexpectedly. The local inhabitants are distrustful and they think the works won’t be completed because part of the funds has still to be allocated by the local administration.

The opening of the building site means that something happened.

Orizzontale group understood the new situation and realized an installation to put outside of the building site, called Work-watching. 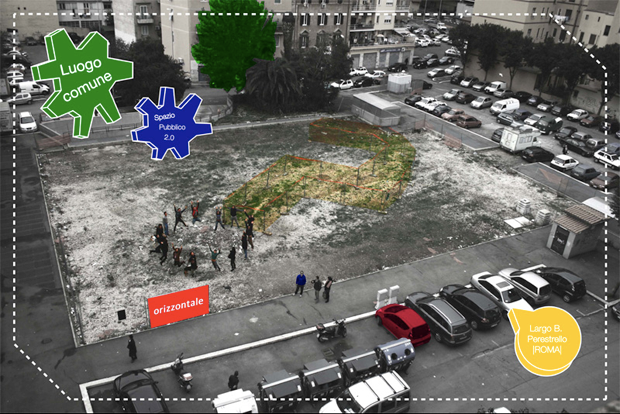 Work-watching is a painted red flight of wood steps, five steps 2.10 meters long. The structure was completely built with recycled materials. An optical disc was marked on the ground to draw the gaze of the work-watching users towards the building site.

Using some stencils, we marked the steps and we wrote the title of the installation and his meaning (through an iconic language to remind the idea of the building site) and our website for additional information.

The installation shouldn’t only have the function of a sitting and meeting place, but also of a watching point from where the local inhabitants can control the phases of the works in progress and protect their own rights over the public spaces.

text and images by www.orizzontale.org