2012Architecten and a little more about their ¨superuse¨

2012Architecten were recently featured in my ecological design fundamentals post for their ¨superuse¨ of building materials. Rather than an afterthought,  material usage plays a central role in the design processes of these dutch architects. Approaching each project with the unique mindset that local discarded materials will shape their final design, the creations of 2012Architecten are not only examples of sustainable architecture practice, they are also fun, exciting examples of  urban creativity at it´s best. 2012Architechiten are ahead of thier time and, fittingly, thier projects tend to have a futuristic feel.  The three projects featured  below utilize, for example,  rotor blades, cable reels, sinks and steel beams that once held a textile factory together. 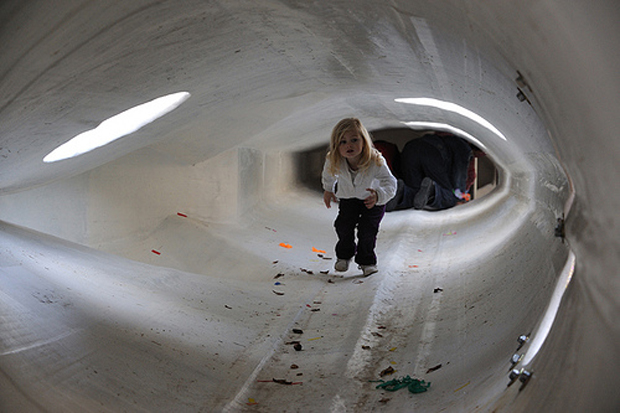 2012Architecten re-designed a playground in disrepair for the foundation “Kinderparadijs Meidoorn”, utilizing five discarded rotor blades. Before beginning  the new design process, the architects selected concrete materials from the playground ´s original structure that could be reused  in the 1200m2 plot. The five superused rotor blades lead the rest of the design, assembled to create a maze-like space around a panna court created from the existing concrete circle. The rotor blades take on their own unique character as the playgrounds four towers. The net in the center of the playground doubles as a climbing structure and a fence to keep balls from entering the neighboring yard sites. 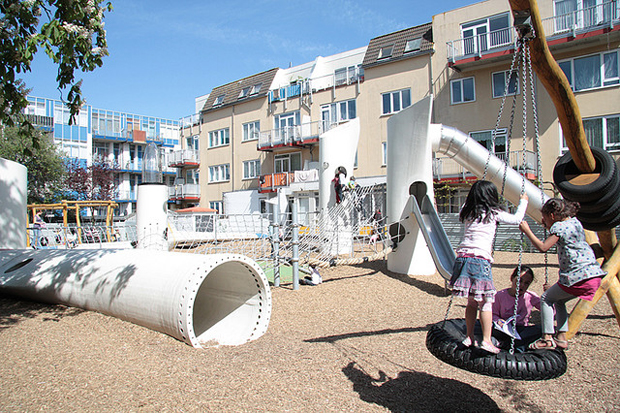 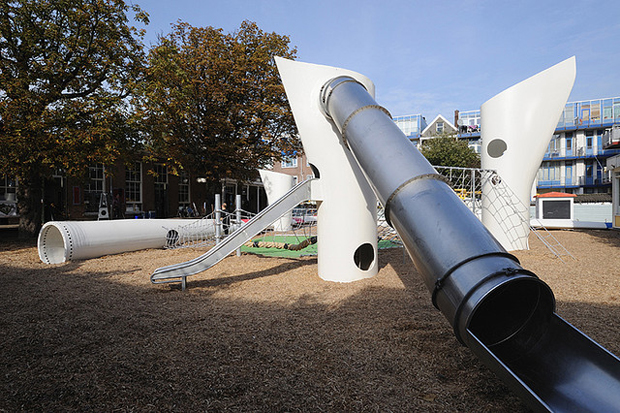 Villa Welpeloo, a residence for a contemporary art-collecting couple, was designed with the goal to meet material needs with as many local surplus materials possible. During the design phase, material scouts researched the potential for discarded materials found within the vicinity to be used for the  building’s frame and façade. Their findings inspired the development of Villla Welpeloo ´s design, provoking discussions of new shape and new methods of construction. The frame of the Villa was finally constructed from steel beams of an old paternoster (textile factory machine). Just one of these machines provided enough steel to support the entire villa. The textured facade was created from the inner wood-parts of one thousand TKF factory cables that were too damaged for further original use. Although the cables were no longer working, the salvaged wood was generally undamaged. 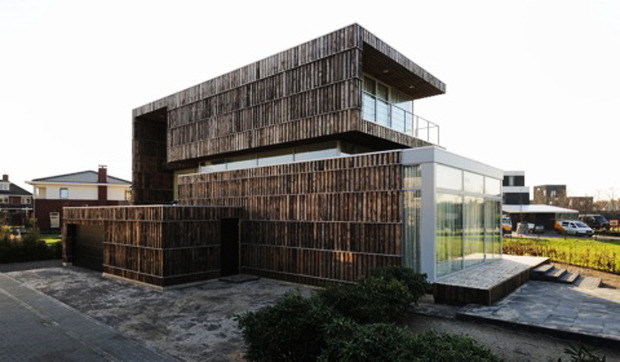 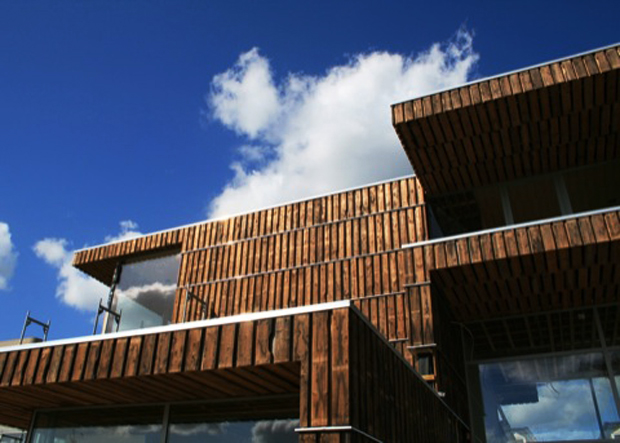 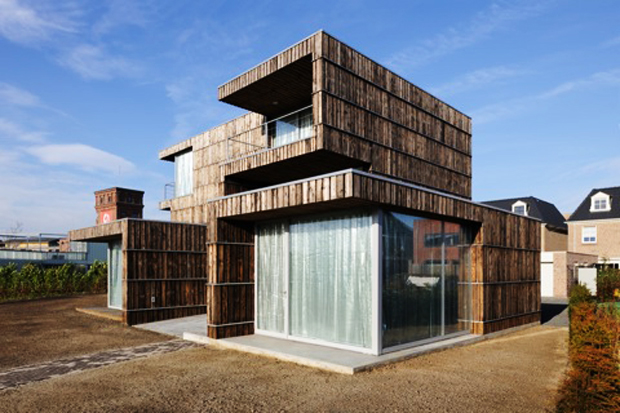 This shiny installation is made from the sinks of a building that was going to be demolished. The sinks make up the walls of the multifunctional space, appearing in different shapes. A skilful fastening system allows for easy mounting and dismounting of the installation. When the sun shines, the recycled sinks resemble an architectural disco ball and the sun pierces light beams through their drain holes. When it rains, the sinks provide shelter while simultaneously collecting rainwater to be stored for gray water circuit of the pavilion. 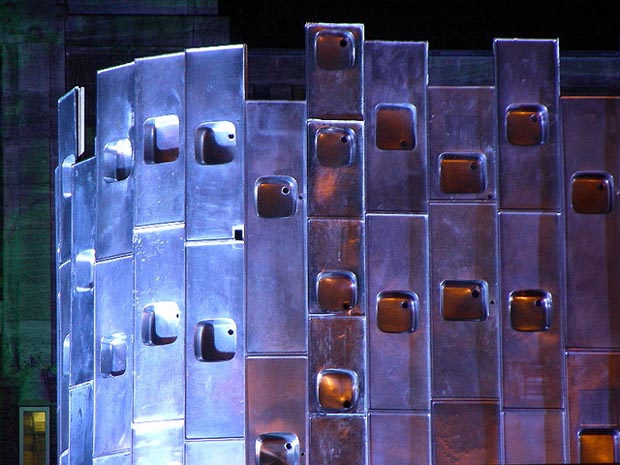 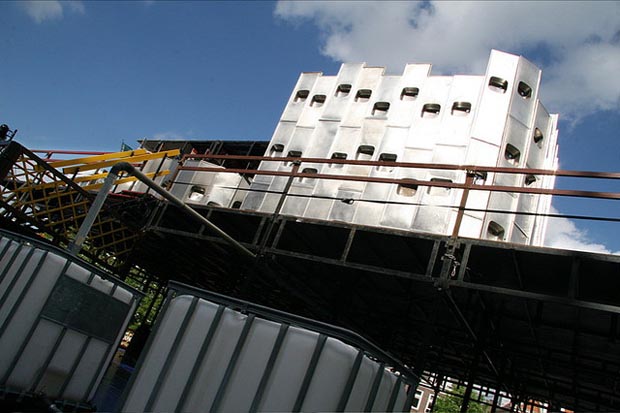 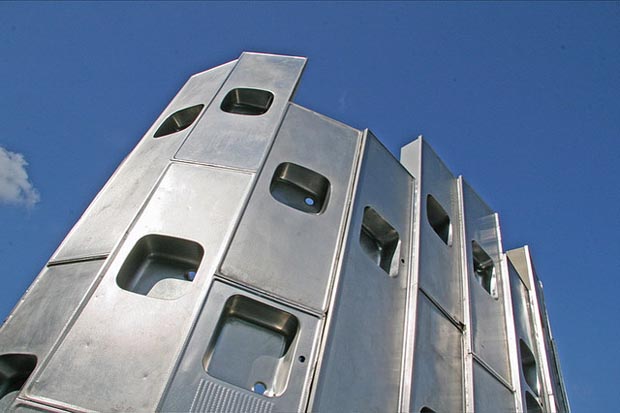